Hello, crazy look, crazy eyed lady. So we have 90 days left in 2019. That is scary, phenomenal. Where the heck did this year go? I just, I can’t believe it. I can’t believe it. Anyway, so a lot of coaches, a lot of people, a lot of everywhere around you’ll see things people do. 90 day sprints, 90 day years, 90 day goal-setting things. There’s a reason for that. They say it takes 30 days to form a habit. I sometimes think it actually takes longer for some habits, but 90 days, 12 weeks, it’s a quarter of the year.

So that’s I think we do it, 90 days, let’s just get stuff done. So today is the first day of that last 90 days of 2019. Yay. So we did a bit of a check up, check in at the six month mark. And for anyone that was working with me at the beginning of the year, we did a lot of stuff at the beginning of the year about how the year was going to be. So at the beginning of the year or at some point of the year, you’ve probably formed your vision for the year. And that’s really important to hold that vision steadfast in your mind of where you wanted to be, what you wanted to do within this 12 months. So I want you to grab a piece of paper, any piece of paper … Oh look, I could just get the back of an envelope really. You know me, I love my little books. You can type it up if you want.

So I’m just going to go through a few things that I think are really important to get this 90 days done. Then what I’m going to do is check in with you guys every two weeks, and I’ll put some little questions and things on the Facebook page. You can ask me questions as well during that period because I really like to see you all achieve whatever you want in that 90 days. Now I mentioned the other week I’m doing the beta testing for my new, my girlfriend program. There’s one space left available for that. So I’ll pop the link for that questionnaire in here as well because I upped it to five. So there’s one spot left. So you could also do that. Okay, so write down what your vision for the year was. Okay? Just write it out. And if you haven’t formed a perfect, my vision is, do, do, do, do, do, do, do, do, have a Google about how to do a vision.

Ask me a question or just really write down how you want it to feel having 2019 done. I think that’s as good a place as any to start. And then I want you to write down what you wanted at the beginning of the year. So all the goals that you set for yourself at the beginning of the year or the new year’s resolutions or where you kind of thought, oh, I’ll have this much paid off of my mortgage. Or you might not have even set them, written them out as goals, but you might’ve just had these thoughts about where you wanted your life, what you wanted it to look like by the end of 2019. So, that’s what I want you to write down. Then if you haven’t gone, if you haven’t watched it, go back to my six month check-in one in June, end of June, early July. 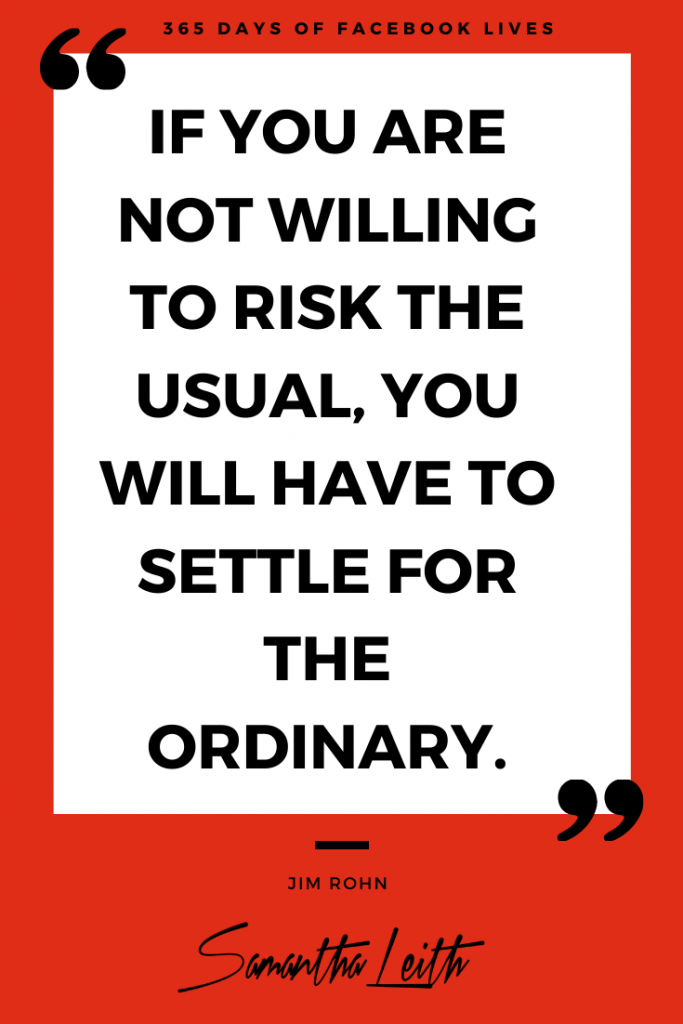 And if you didn’t do it and don’t want to watch it, don’t worry about it. But work out, where were you at the six month mark? Were you thinking, oh my God, I said I would buy a new car and I haven’t even test driven any. Whatever it is at the six month mark, where were you with them? Then I want you to write down what opportunities have you got in the next 90 days? Now, I know it’s a very busy time of year for a lot of people, but that also means that sometimes some really great opportunities might be great. Networking opportunities. It’s actually a good time of year change jobs believe it or not, because a lot of people go, oh well I’ll leave my job in November. Then I’ll have a really big break. So sometimes there’s really good opportunities to change in the workplace as well at this time of year. So think of the opportunities. The other one I want you to think about, write down the challenges that you’ve got in the next 90 days.

So for example, if one of your goals for the next 90 days is a fitness, wellness kind of thing, one of your challenges for the next 90 days might be that there’s grand final season, Melbourne cup season, Christmas party season, Christmas, new year. Oh for a lot of people that just makes any health kind of regime go out the window. Not for me because I’m still on the no drinking thing. Anyway, but there’s challenges. It might be audit time for you, there might be a whole lot of stuff with your kids going on. So write down the challenges that you are really realistically going to see, slapping you across the face. And meaning you’re not going to get what you want to get done. Or it might impede what you want to get done because there’s always ways around it not impacting you, but you might feel that it’s really going to impact you.

Five things only. Okay? Don’t over-complicate it. Now when you look at those five things, do they fit into a theme? Are all those five things money-related, health-related, family-related, study-related? Is there a kind of general theme going on? Because that can be really empowering and inspiring because if you’ve got a theme, you can plaster that theme around your life, which kind of motivates you a little bit more. Okay? So look at the thing. Then I want you to brain dump everything, and I mean everything that you think needs to get done for you to achieve those five things in that 90 days. Everything. No matter how minuscule it is, if it’s buying new socks because you’ve got holes in your socks and you’re going to the gym, put it on the list. Okay? Everything. Then look at that list and get a pen, and next to anything you can either ditch because it’s just ridiculous or delegate, you can get someone else to do it, put a little D next to it, okay?

That’s gone. You don’t need to think about it. Well, you need to delegate it but put the little D next to it. Then I want you to look at … And I’m going to type this up and put it in here because it’s a lot of info. And then I want you to look at what you could realistically achieve in two weeks. So 14 days, what can you achieve in two weeks, okay? What end point, what kind of marker in each of those five goals could you get to in the two weeks? Not big dreams. Oh my God, if in a perfect world I could do this. Be realistic people, otherwise it’s just going to get shitty when you haven’t achieved it, okay? So two weeks, what’s your point? Then I want you to, on your big brain dump list, take out the things that you can do in that two weeks that will get you to that point.

Okay? So we’re moving things from the big brain dump to another little list of what needs to get done in that two weeks so you achieve that end point. Okay? Then I want you to open up … I don’t have it, my diary, your diary … Not my diary. Yeah, I want you put everything you need to achieve in my diary because that would be really helpful. Open up your diary whether it’s an online one or a physical one, and I want you, because you should have already this week, you’ve got your social stuff and family stuff and work stuff, all that stuff in your diary. So I want you to put a time. So if one of your things to achieve in this two week period is to replant your herb garden, random, then I want you to put go to [inaudible 00:08:51] at 8:00 AM on Saturday morning.

You did make a note, buy sausage while there. Then I want you to put at 10 AM, plant. Now really put it in the diary. I’ve been getting a lot better with this and oh my gosh, it makes such difference. And I’m going to thank Brooke Castillo for that from the life coach school because I had to-do lists and I had my diary. And then I would have my diary, I’d go, I’d have two hours and it would say finance. Now I actually go half an hour of this bit. So in half an hour increments and what I’ve actually got to do within that. And I’m getting so much more done. So I promise you, promise you it’s new to me, but give it a whirl. Go for it. So schedule the next two weeks, all those things that you said you’re going to be able to get done to get to that end goal. Okay?

So on your phone, have an alarm set up on your phone every hour going, yay, 12 days to achieve X, Y, or Z. Just keep yourself in the momentum. Keep yourself, keep yourself, keep yourself going. The next thing, now I don’t believe in sharing all goals with everybody because you’ve heard me talk about it before. There are dream-stealers in the world and sometimes we’re our own worst dream-stealers. But in this particular scenario because we’re doing these little mini sprints to get to the end of that 90 days, what I want you to do, what I need you to do, what you need to do is to declare what you are going to achieve. Now, I don’t care if you write it on a piece of paper and post it to your mother, or you put it on Instagram or Facebook or you DM me with what you’re going to achieve, or you whisper sweet nothings into your lover’s ear and say, “I’m going to achieve X, Y, and Z after a fabulous late night.”

It doesn’t matter, but you need to declare what you’re going to get done because it’s out there and it will make you do it more. That one will make you do it more. And when they’re not huge dreams and huge goals that people can kind of pick apart or they try to be supportive of you so they tell you, “Oh really, honey, do you think that’s worth going for?” You don’t want that stuff. But people tend not to do that when it’s little tiny sprints like this. So don’t be scared of declaring it.

And then the last thing you need to do is get off your ass and start the work that needs to get done. But that’s it, simple. It’s simple. That’s the Meerkat ad. So there’s a few little points there that I did, but I love these 90 day roundups and getting stuff done. I think it’s awesome. I think we can do so much. So get cracking. Let me know what you’re going to get done. I’ll put those notes under here so you know what you’re doing. And have fun, and it’ll be so exciting celebrating at the end of the year. We’ll check in and I’ll check in, in two weeks. So every Wednesday from now until the end of the year, we’re going to do a check-in. The live is going to be all about how your 90 days is going. Okay? So be prepared to do some work. Okay, bye.