[365 Days of Extraordinary] Day 109 Transcript: Sticking To Your Dreams

Hello. Oh gosh, that’s a bad view, isn’t it? Just go back there, I think. How are you guys? I’m just getting in before the stroke of midnight. Why? Because I was at the opening night of Hair, the musical, at the Sydney Opera House. For those of you who don’t know, I was associate producer on the 50th anniversary tour of Hair, which is currently on. And so I’m going to talk about that tonight, because, you probably don’t know this, but musicals take a really long time to get on. So how it works is, a producer gets the rights to a musical, to have it somewhere. Then they’ve got to get funding, then they’ve got to find venues, and they’ve got to find cast, then they’ve got to find directors and creatives and put it on. And it takes years.

So for any of you who are in business, whether it be speakers, coaches, own a restaurant, book author, whatever you do, if you’re not achieving success really quickly, get over yourself. It takes perseverance. And in many instances and in many cases, I can assure you, people want to give up and go, “Nah, F this, it’s not happening, it’s too hard, it’s too much drama, there’s too many issues, blah, blah, blah, blah, blah.” And say no to whatever it is they’re doing. And you don’t want to do that. I’m just going to put this a little bit higher, because I feel like I’m leaning down. You don’t want to let go of your dreams like that. Your dreams are there for you to actually do. 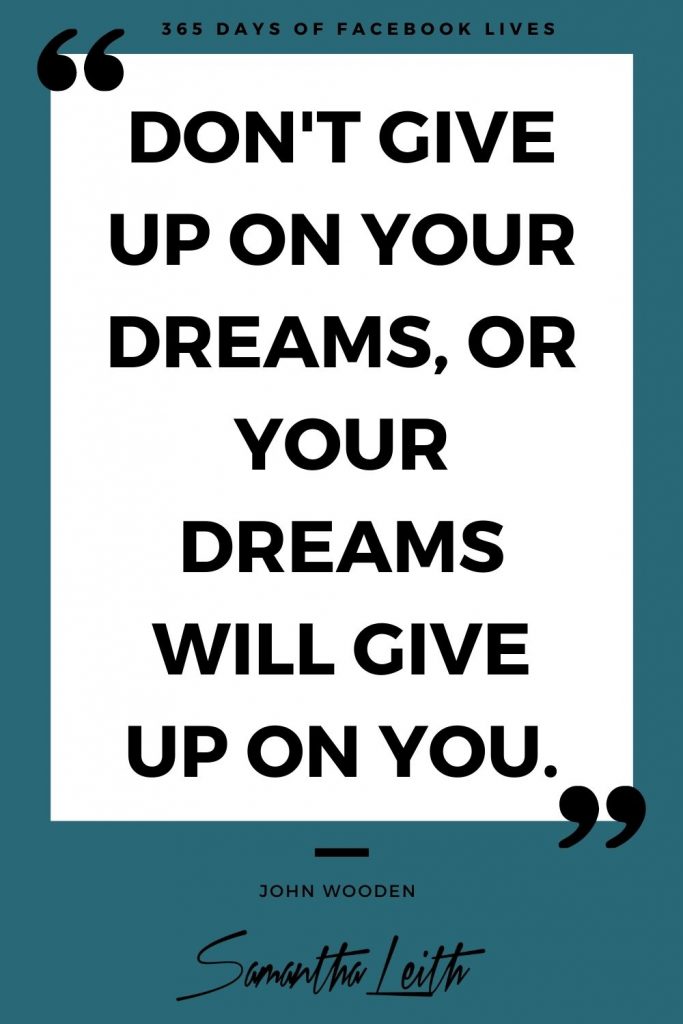 So if you have a vision like putting on a musical, and there’s probably not that many people in the world that have that kind of vision. And David, who I’ve worked with on and off for years is an incredible visionary with that kind of thing. And he’s one of the most tenacious people I know, as far as holding onto something and seeing it through and making it happen. And you know, there were over 2000 people at the Opera House tonight on their feet screaming at the end of the night, because it was an awesome production. And that doesn’t happen just because you throw a blog post out there and an offer and want people to buy from you. It doesn’t happen because you’re speaking at your first event and you’ve put an offer out to the room, and one person buys, and you think, “Oh, I’m going to give up, I’m going to give up. I’m hopeless.”

That kind of tenacity, it’s learned, and it’s by doing a lot of work on your personal development, it’s by just having faith in you. And sometimes that faith waivers and sometimes that faith is gone, and you think, “This is never going to happen. And my dreams aren’t going to come true.” For whatever reason. You just have to hold on to that original vision. That’s it. That original vision that you have for anything and everything, that’s it, that’s that secret sauce to hang on to, to make anything happen. I promise you, I promise you that that vision will give you the inner strength to climb any mountain, to overcome any obstacle, to weather any storm. And could I throw in another saying? No I won’t.

So that’s what I wanted to share. And as a funny thing, a little dream of mine came true tonight as well, I met Camilla. So I’m wearing a Camilla tonight, and she was actually backstage. I didn’t know she was coming backstage to dress a couple of people for some photography we were doing, a couple of stars. And as she walked towards me, she was like, “Nice dress.” And I went, “Thank you for making it.” So that was really awesome. I don’t often go, “Yay, I met someone.” But yeah, I met Camilla, and I really liked that. Oh god, and this new coat… Anyway. I want to go shopping now. Oopsie.

So hang onto those dreams, people. They’re really, really, really worth it. And when you’re going through a rough patch, just remember that initial vision, and remember that some of these dreams take years, years and years and years. We often, as many people have said this, we often overestimate what we can achieve in a year and underestimate what we can achieve in three years. So go for that three year thing, guys. And make it big, make it amazing, make it purposeful, make it powerful, and make it you.