[365 Days of Extraordinary] Day 112 Transcript: How Confident Are You?

Good evening. Sunday of the long weekend and the day when all those footy, AFL, rugby games are on, I think. Could be wrong on that. Actually had some friends singing at the NRL Grand Final today, so that was pretty good. Honestly, I pretend I like the All Blacks because I’m a Kiwi so I think I have to, but I really don’t know anything about any of those sports. Sorry about that. Since that’s something I’m really not confident in, which brings us to today’s chat.

As you may or may not know, I have a free seven day confidence challenge that I encourage any Tom, Dick, Harry or Lacey to do. I think it’s a really awesome little packet of goodness that you could do in seven days. That reflection’s bad, isn’t it? And it’s fun and it’s easy and it just comes into your inbox every day, a little video from me and a little exercise to do. One of the exercises I get you to do is actually some pre-work before you start it. So I thought today could be a good day to actually do that with you and you could get a little taste of it without my funny quirky video at the beginning. Oh hang on, this is a maybe not so funny quirky video. I need one of those filters.

It takes about 15 minutes. We’re not going to take that long now to do it because you’ll all get bored and piss off. So I’m just going to go through the questions. I might actually put the PDF in the comments as well. Yeah, I think I can put a PDF in there. Wish me luck, okay. So it’s just a series of questions and you can just write true or false. I’ll ask them and have a think about whether you want to do it. It’s really easy, as I said.

Now there are one, two, three, four, five, six, seven, eight. I should have known that. There’s ten questions. I would say if you said true to more than five of them, you’re feeling pretty unconfident at the moment. Now, that could be a situational thing. You’ve had a bad day, it’s getting late, you’re tired, cranky, grumpy, whatever. Feeling a bit lazy. Any of those things could impact that, but at this point in time, if you’ve said true to more than five of those, then you’re not feeling very confident. So we want to fix that. That’s what we want to fix. We want to get those five trues over to five falses. Because the more confident you are, the more shit you achieve in life. So that’s what we want, okay?

Then I want you to just get a piece of paper and this is, I talk about it all the time, a brain dump. But this brain dump is something in particular. I want you to think of a time when you felt really, really confident. Like I got it, I got it. Yo yo, I got it. I want you to write about it. How did you feel physically? What were you doing? How did you feel mentally? Who were the people around you? What were they saying? What were they doing? Just get it all out there. That moment where you felt so confident in your life that literally Beyonce would have to knock the crown off your head. If you’re feeling that confident in a moment, we want more of that stuff. So write about that. Spend five minutes, ten minutes, just [inaudible 00:05:22]. 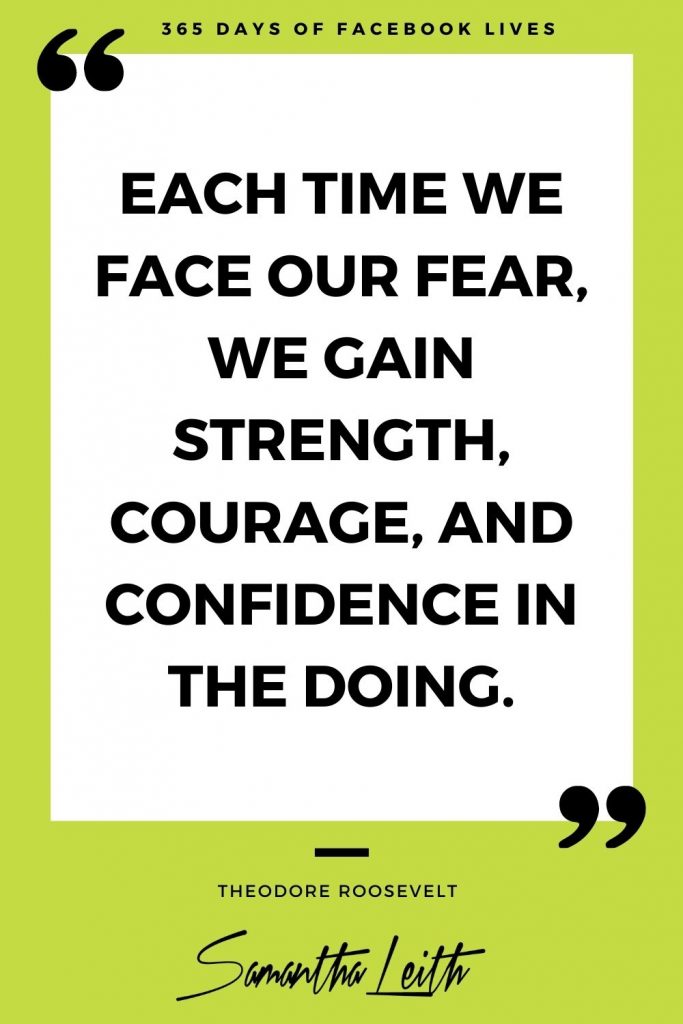 Depending on what kind of person you are, whether you’re kinesthetic or visual, the words that you use to describe this particular event and how you are feeling will also be really impactful. How did it smell? What was the music like? Was there music? What were people wearing? What were you wearing? What were the lights like? What was the room like? If it was a board meeting, how was everybody sitting? As much info as you can to that moment where you felt super duper, duper, duper, duper confident, I want you to write about it.

Question two, what’s a dream you haven’t fulfilled yet? We all have them, and we have to admit them. If you don’t admit them, you don’t know what you’re working towards. If you just pretend they’re hidden in the background and they’re just noise and, oh, it doesn’t matter because dreams don’t happen, [inaudible 00:06:55]. Don’t do that. I want you to write down what is a dream you are yet to fulfill. Really important.

Next question. When have you recently felt unconfident? One of those moments where you walk into a room or you get questioned by somebody or something happens and you shrink. You might’ve felt like you were becoming this little boy or little girl of years gone past, or you might’ve shrunk back to a moment where you got told off by a teacher. You do shrivel when you feel unconfident. We all have this aura, we have this being and this light around us, and when we’re confident and in our confidence space, that space comes with us and we own that space. I’m not talking eagle is landed kind of thing. We just, we own the space that we have on this earth. When we’re feeling unconfident, people can encroach on our space because we don’t own it. Everything becomes lesser for us.

Then I want you to think about what would you have liked to have happened in that situation? How could that situation have been different? What was the outcome you really, really, really actually wanted instead of your shrinking, unconfident self? Then lastly on that question, how can you say something nicer to yourself about it? The nastiest people in the world to ourselves are ourselves. No one is ever going to be nastier to you than you are to yourself. It’s insidious habit and we all, all have it. So how can you say something nicer to yourself about that situation? I really encourage you to think of that one. That’s an important one.

And the last question is, what is one thing you feel really confident at or about currently in life? Currently in life. And own it. Declare it to the world. I feel bloody, bloody, super duper confident in X, Y, or Z. I’ll give you one. I’m really, really confident in my ability as Elodie’s mother. I have got that nailed. Absolutely nailed. We have our ups and downs, but I had no doubts about the swings and roundabouts in our relationship or my skills as her mother. And it wasn’t always like that, got to say. But I’m happy to own that now. So what is one thing in your life that you’re like, mm-hmm (affirmative), I would give, I’m going to use Beyonce again. I don’t want to use Beyonce this time. I would give Lizzo a run for her money in my confidence in [inaudible 00:11:13]. And what is it? Tell me what it is.

So that’s just a little exercise that I get you to do as part of the pre-work for the seven day confidence challenge. So I’ll put the spreadsheet, and if I can’t do that, I’ll copy and paste the questions. Technology. I’m unconfident in my ability to master this Facebook live technology. There you go. But I’m getting better. I’ll pop it in there. And if you are keen on doing a seven day confidence challenge, it’s literally ten, 15 minutes a day. And swear at the end of the week, you will have more spring in your step. Okay? I hope you’re all surviving the daylight savings change. It’s only an hour, but I’ll tell you it impacts me. I’m terrible with time. You should see me after a long haul flight. You will be this week. So have a great night and I shall see you all tomorrow.