It reminded me that a couple of years ago with clients, it was one of my opt-ins. So if you joined my email list, you got sent this. The irony being of course, it went into a lot of spam folders because I called it the Do-It Diet, and lots of spam things don’t like the word diet, so they’re like, “What’s that? Must be dodgy.”

So in the world we live in, we’re usually like this in overwhelm. Kids, TV, technology, fitness, family, music, jobs, garden cleaning, all that kind of stuff. And unless you’re a time management genius, it can sometimes get too much. We then achieve very little because we come from a place of reaction rather than action. And if you’re being reactionary, you’ve always got a foot behind, a step behind what you should be or want to be doing or achieving. And if you’re running your own business it’s even worse else. And then if you add other stuff like comparison or deadlines by other people, lack of boundaries, that kind of thing, you’re completely stuffed. So this Do-It Diet is all about how to try and get yourself out of overwhelm and into taking more action.

So step number one is decluttering. It’s a perfect time of year to do this because we all talk about spring cleaning. So I want you to do some decluttering in as many areas of your life as possible. You might look at my bookshelf and go, “That’s chaos,” but I actually know where everything is, so it’s not chaotic to me. I kind of like it. But I’m one of those people that has a color coordinated wardrobe, all my jewelry is in little individual organza bags and my shoes are in shoe boxes. I’m pretty Marie Kondo in my life, although I’ve never actually done her folding. Maybe I should do that. 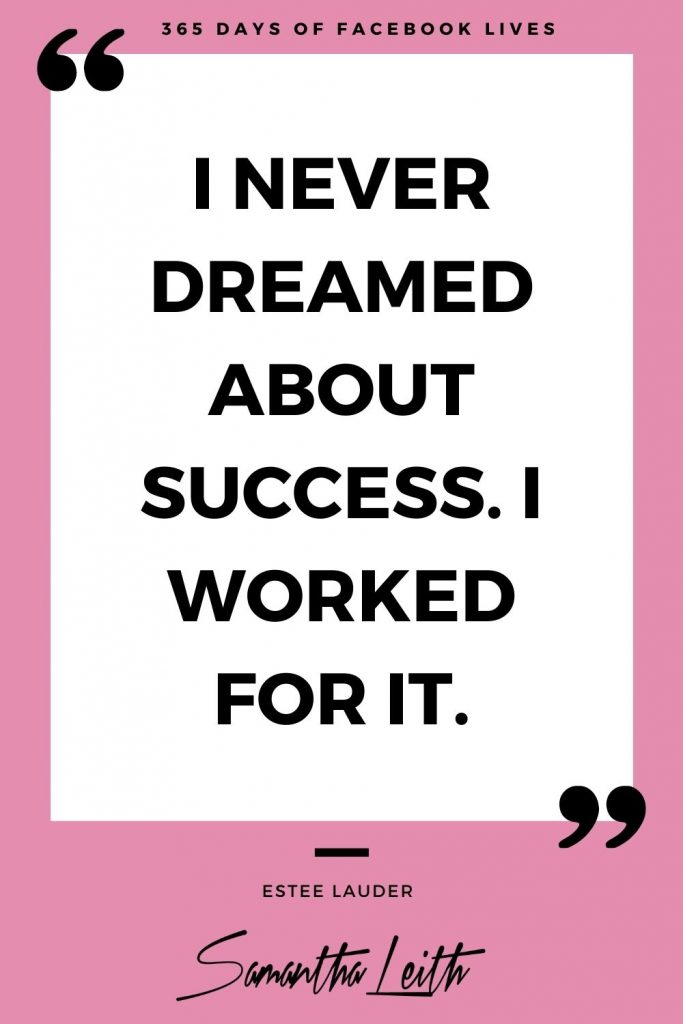 When I was a kid… I’ve never liked clutter, I’ve never liked mess. It does my head in. My father was in the Navy and I think I got it from him because he used to have these beautiful, neat piles of things, whereas my mother would have paper everywhere. Craziness. And funny story, my mother used to wake up in the middle of the night because she’d hear crash, bang, crash, bang when I was a teenager, and I would be in the kitchen cleaning out the cupboards and organizing them because I couldn’t stand that they weren’t organized. So that’s just to give you a heads up, that’s the kind of person I am.

So we want you to un-clutter, declutter as many areas of your life as possible. So clothes, shoes, old magazines, books, office space, kitchen, anything like that. Once you’ve done it, you’ll feel a huge weight lifted off your shoulders. And there’s been study, after study, after study that has shown the less you have and the more organized what you do have is, the better life is for you. So it’s a really good time to… Do one thing at a time. So go through your wardrobe. Love it, hate it. Love it, hate it. You’ve got to love it. Love it, love it, love it. Love it, hate it, love it, hate it. Too old. It’s got a hole in it. I got rid of my favorite plane dressy thing the other day because it had two holes in it. You shouldn’t be getting on a plane with a top two holes in it, regardless of how comfortable it is. So let it go.

So get a couple of boxes, a couple of bags, if it’s good enough, send it off to Vinnies or the Salvos or something like that for a worthy cause. Do something good with it. Or sell it on eBay. I’ve got a couple of dresses I’m about to sell on eBay because I haven’t worn them for years and they’re just not me anymore. And they’re worth quite a bit of money, so they should go. Get rid of them, or as I said, send to the Salvos. And if it’s got a hole in it, throw it out. That chipped bowl, throw it out. Honestly, it will make you feel so much better.

So that’s physical decluttering stuff, the garden, the garage, blah blah blah. You get the picture. And I can give you the PDF. If you send me a message in messenger, I will send you back the PDF, so you can work through it as well, which is a good idea.

One thing I used to do, I actually don’t do this anymore, but I’m thinking about doing it again. I used to have an autoresponder on some of my email addresses that would say, “I’m working, so I’ll get back to you within X amount of hours. If it’s urgent, you can call me or text me on dah, dah, dah. Love you. You’re really important, but unless it’s critical, I’ll get back to it when I check email, which is not every five seconds.” Do it nicely, so people don’t think you’re a complete tosser. But it does work, and that helps you start setting up better boundaries as well for this kind of thing.

Unsubscribe to things. Oh my God. If you haven’t heard of Unroll.Me, it’s a great thing to use. Or just go through your email box. If you’re just filing things without reading them or if you’re looking at your email box and going, “Oh my God, there’s 400 emails and I only need three of them,” just start unsubscribing to them. Honestly, it just gets us more into comparison and we don’t need that shit in our lives. Unsubscribe, unsubscribe, unsubscribe.

And I’ve talked a lot about it, you can see one of the other lives, about having your virtual board of experts and mentors that you take advice from and things, and they don’t who know you are, but by all means follow those kinds of people. Follow those important people, but if you’re just subscribing to things to get a free download or a freebie for this or because whatever, unsubscribe, unsubscribe, unsubscribe. Get rid of them.

Same with groups on social media. We get added to so many groups. Spend half an hour and take time to go through and get yourself out of groups you don’t want to be in, and turn those notifications off. I choose now on social media to go into groups. I don’t have notifications of the groups. Important thing. You can set up mail rolls as well, but you can Google those. There are lots of experts on those, or I can help you.

Set up a voicemail message. This is another one, when you do have it on Do Not Disturb, saying that you’re working in your return calls at X amount of time or X time, et cetera. That can make people feel better as well, which is not a bad thing.

What else is in the Do-It Diet on that first bit?

Yeah. And the other one for decluttering is, I hate to say it, your desktop, your Dropbox, your folders. Chances are it’s a bit of a mess. Not many people keep really good file hierarchy, so if you’ve got a VA, get them to do your Dropbox. If you don’t and you’re doing it yourself, it’s one of those things, set yourself 15 minutes here, 15 minutes there, over about a week, hopefully you shouldn’t need any longer than that to really go through those folders and organize them all properly because that’s part of the decluttering process and will make you feel better. And it’s much easier when you go to do something and you can find it automatically because you’re organized and all that stuff. If you’re not organized and that you’re like, “Oh, I think I called it a Joe’s Plan.” No, you didn’t call it Joe’s Plan. You really didn’t. You are then looking at plan and then you do a file search on plan and 5,000 things come up. So, that file hierarchy is really important.

So that’s step one of the Do-It Diet. It’s not that hard, people. It’s just declutter the shit out of your life. Declutter, declutter, declutter. So as I said, if you want the PDF for it, which has checklists and tick boxes to do what you’ve done, send me a message on messenger and I will get that to you. And tomorrow night I’ll do step two. So until then, have a great night.