[365 Days of Extraordinary] Day 131 Transcript: Samantha Leith Manifesto – Look After Your Body Because You Can’t Buy Another One!

Hello, good evening. The Friday night video and I’m in the kitchen, got to do a dance. That’s like the world’s worst dancing. I don’t actually normally dance like that. What possessed me? I’ll never know. So, every so often I do a Samantha Leith manifesto live and tonight I’m going to do one. So tonight I’m going to read you the line that says, couldn’t find it on here first, ain’t that tragic? Look after your body because you can’t buy another one. Now some of you who have remembered me from long, long time gone by. Well remember I used to be a lot heavier, like 40 kilos heavier. It’s a whole another mini person happening and I sure as shit didn’t look after my body. So I grew up being told that you exercised if you wanted to lose weight.

I was also taught that you ate salads and stuff like that if you want to lose weight, not because they’re actually enjoyable. And then sex, drugs, rock and roll, that kind of thing. Way, way too many days not looking after my body at all and that took its toll. So by the time I was in my early 30s, I was 134 kilos heavy and that’s not healthy. And anyone that says, I know there’s a lot of body positivity movements and people that say accept your body at any size, et cetera. And I completely agree with that. That it is what I’m talking about tonight is got nothing to do with what you look like, I promise, I promise, I promise, I promise. It’s about health. And I was absolutely kidding myself that I was healthy. I was not at all. Partying way too much, drinking too much, eating shit, lying about all of it to myself and to anybody else who I had to talk to. 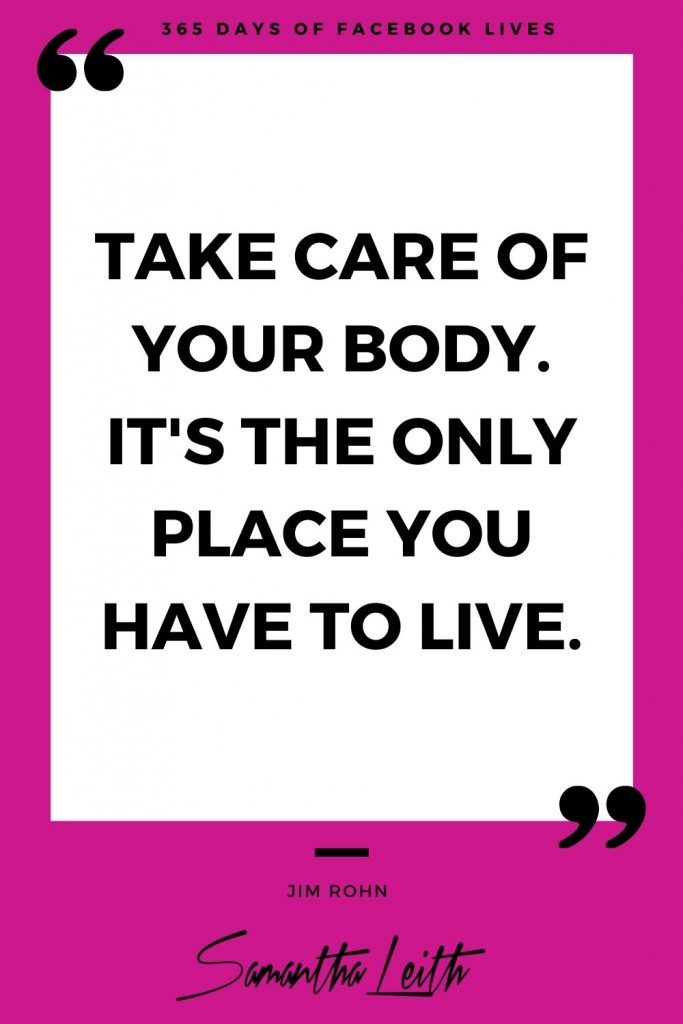 And I had a wake up call at about 30. Oh my God, when did I have that wake up call? 37, thereabout when that horrible year, everything went pear-shaped and my mother actually ended up living with me and she was overweight, type 2 diabetes, heart conditions, was having two knee replacements, multiple… Connection will go if I leave it. I quite frequently give up alcohol, I’ve cut down on sugar, I’ve cut down on coffee although I do really, really like coffee. And I exercise more and I’m really, really enjoying exercise. You may think, why is that on her manifesto? Because I’ve also got bits in there about looking after your brain, we have displayed all that thing. But I believe the physicality, I’m fitter now at 45 than I think I probably ever have been in my life and I enjoy wanting to look after my body.

And I know having seen first hand people get sick who don’t look after their bodies, that it’s just not good, you just don’t want that stuff. I’ve always joked, my mother had beautiful skin and my father who lived bless his cotton socks lived to 92 and a half, started smoking at 11 and he conservatively said one day he thought he became an alcoholic at about 15 or 16. And he had no cirrhosis, no liver problems, no lung problems, no cancer, the man was a machine. I’ve always jokingly said, I hope I’ve got mum’s skin and dad’s genes. So far, so good. But it’s not something I or I think anyone else should gamble with. Your health really isn’t. So as I said the other night, every so often I go for full blood work, that kind of thing.

That’s how I discovered I was really anemic at one point. And things like that are important and I think it’s a good idea to get our kids into the habit of knowing that they need to do these things for the long haul. And to find out if what they’re doing to their bodies is good or bad. Now, I’m not a nutritionist, I’m not a health person. There’s so many incredible experts out there. But I just want to encourage people to whatever looking after their body looks like for them ,that this manifesto is a reminder to do that. For some people that might be a walk, it might be meditation, it might be not drinking on weeknights. Looking after your body it might mean getting more massages. It might mean, and I’ve got a bit of a tight muscle here at the moment, if you do the massage.

It’ll mean something different for everybody. But I want you to be aware of it and not just in terms of I’m going for a goal so I have to look after my body, because that doesn’t work. Because goals are… And I’m an avid goal setter and I want you all to work to achieve and go for any goal you want in life. But goals usually have an end point. So if you set yourself a health related goal and I’m guilty of this, it’s the whatever date and I’m so happy that I weigh X amount or I’ve done X whatever. That day comes and goes and you change and you go back into bad habits. So it’s about making the habit of looking after your body. So it’s things like the collagen in my coffee, it’s the fish oils, it’s the going to the gym at least four times a week and walking the dog. It’s about it becoming part of your life.

That’s what I wanted to say tonight. You can take inspiration or motivation from me who’s not on Instagram and a bikini guy look how fit I am. And I’m not putting them down because Oh my God, some of them look amazing and they really look after their bodies. But I am looking after my body and it takes all shapes and all sizes and all walks of life to know that you have to look after your body. Because at the end of the day, as I say in the manifesto, you can’t buy another one. You can’t. Yes, there are some places in the world that are harvesting dodgy organs, but we’re not talking about that. At this point in time, you can’t get a do-over. But it’s never too late to start, it’s really never too late to start. Yeah, look after your body’s people and for all of you out on Friday night, boozing it up, take some minerals tomorrow morning so you feel better. Been there, done that. Speaking from experience, have a great night and I will talk to you tomorrow night.