[365 Days of Extraordinary] Day 137 Transcript: Everything Is Figureoutable

I’m in the kitchen so you know that means there’s a dance that’s going to happen and tonight’s dance is brought to you by Marie Forleo and the jet lag dance. Apparently that’s how you do it. Girl’s got moves.

So happy Thursday. Everything is figureoutable. For those of you who don’t know, it’s this chick, Marie Forleo and her book, Everything is Figureoutable. Now, I had the honor of going to one of her, Marie’s events in 2012 I think it was in New York. Shit, can’t remember. Or 2013, 2012 when New York City was taken over by a hurricane and it was all madness. Fabulous event and I met some great people there that have become lifelong friends. Well, since then, Marie’s a program called B-School. That was way before then, but anyway, since then she’s written a book and she was doing her book tour and tonight Business Chicks, the fabulous Business Chicks, with Emma Isaacs doing part of her tour. Sydney, Brisbane and Melbourne they did and tonight was the last leg in Sydney.

So I got to see her sit, see the talk, see her sing though she doesn’t sing, she dances. And we’re going to do that dance. But she talked to us a lot about failure, resilience, fear, comparison, success, a whole lot of stuff. Based on her ethos that everything is figureoutable. And what actually one of the things that hit me tonight was I believe this. I believe it without actually having finished the book yet. But I will finish the book.

I’ve always thought, and this might seem really random, but I’ve always thought that, you know how they come up with things for movies? So they come up with special effects or techniques or some crazy ass stuff that happens in movies, I’ve kind of always thought if someone can figure out a way to make something happen on screen, whether it be through green screens or post edits or stunts or anything like that, then maybe they can figure out a way to do at some point in real life.

Now, I’m not saying that I think at some point we’re all going to be the walking dead or we’re all going to go sit on an iron throne. But, the imagination is so powerful that someone came up with the way to make things, someone came up with how to make Avatar for God’s sake. The mind is so incredible and if we can do those kind of fantastical things in theater or music or cinematography or art or design, then why can’t we take those ideas over into our own lives and get that creative. And why can’t we post edit stuff in our own brains to make things incredible? That might be going a bit too far for some of you. 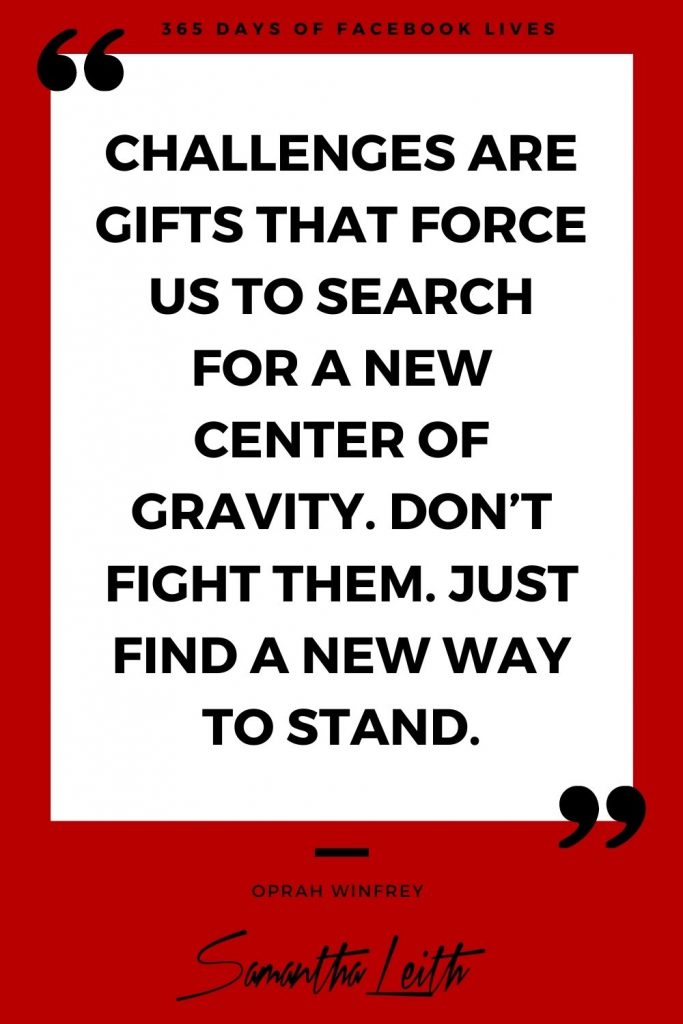 So, but I’m really looking forward to reading this. Now she came up with, there’s a few stories tonight that I just thought, “Oh, fabulous.” A couple stories I’d heard before because I’ve been listening, she’s been doing a lot of podcasts recently, so I’ve heard a lot of the stuff about the book on those podcasts.

The woman is a powerhouse. If you’re not already following Marie Forleo, you need to go do that. She has a show called Marie TV on YouTube and you can find it on her website, et cetera, Facebook, you’ll find it somewhere. She’s fabulously funny on Instagram. She has amazing hair. Don’t mention the hair. No, you can mention the hair, but she’s got this amazing, I’m jealous of her hair. Very jealous for it, but she might not be able to do that so it’s all much, much less.

I did, you know me, I take notes. One of the things she talked about tonight, which I really need to work on, and recently I’ve had multiple situations where this has come up for me is, patience. I’m not the most patient person. I hate to admit it, but I’m really not. And success she says, you’ve got to cultivate patience.

Imagine if, it took her about seven years to really see her business skyrocket. It’s like imagine if at year five I’d gone, “Oh, well this is shit. Just give up. You know, it’s not going to happen.” But that patience that saw her through to the next duration made the success happen. Oh and I need to definitely, definitely get better at that. So that was [inaudible 00:04:44].

Another one was when she was talking about failure and I didn’t write down the name of the book, damn. But she says, “I win or I learn, but I never lose.” And I was like, “That is awesome.” And then someone actually asked her, we had a Q and A at the end and someone asked her a question about failure and she said, and you believe her. She’s one of those people when you see her speak or hear or talk or read her writing, you genuinely know it’s coming from the heart. She’s been very, I hate the use of the word, but she’s been very authentic and it is her. She swears. She’s funny. All sorts of things.

And she said, “I can honestly say I have had failures. Then some of them have been really expensive lessons, but they’re all a stepping stone to learning something.” And I touched on this the other day when I was talking about regret. You know that all these things that happen in our life, we learn from when we move or move on from or, there’s something valuable in everything. And many teachers say, everything in our life happens for a reason in different ways. They kind of all say a similar thing in different ways. So that again, something I needed to hear tonight.

Thank God, I just had fun. It was a lovely catch up with a whole lot of like minded women, men, having a crazy dance. I’m wearing my new shoes and knowing that, well she asked a question, “Who here believes everything is figureoutable?” And it was nice to actually not be pretend, not sitting there and going, “Oh I’m going to put up my hand because other people are putting the hand I want to be part of the crowd.” I put up my hand because I genuinely believe everything is figureoutable.

So, thank you Marie. I can’t wait to finish the book. I have started it but now I’m going to finish it. So, I’ll do a book review on this at some stage in the future, because you know I love my reading and let you know how it all goes. But until then, if you haven’t heard of Marie, and chances are if you’re on my page, you will have heard of her. I really, really encourage you to look her up, Marie Forleo, Everything is Figureoutable. Until tomorrow, goodnight.