So, a very long play.

What have we learnt from Harry Potter?

That I cried a lot. No. Yeah. The transitions were amazing.

Oh, the production was incredible.

The production was insane.

Maybe we should turn the Facebook Lives into a review show?

Okay, so incredible, loved it. One of the characters, she wasn’t very good. She doesn’t really have a character arc. The actual character itself did, but the actress, her portrayal of it, just didn’t hit the right spot. It wasn’t … No.

Everyone else was amazing though.

Yeah. Everyone else was amazing. She was okay, but yeah. Three of the main cast weren’t there, the original cast, so they had some understudies, but the understudies were amazing. Incredible.
We can’t give you any spoilers of the show, but it’s fantastic.

I have no idea how they do some of that stuff. 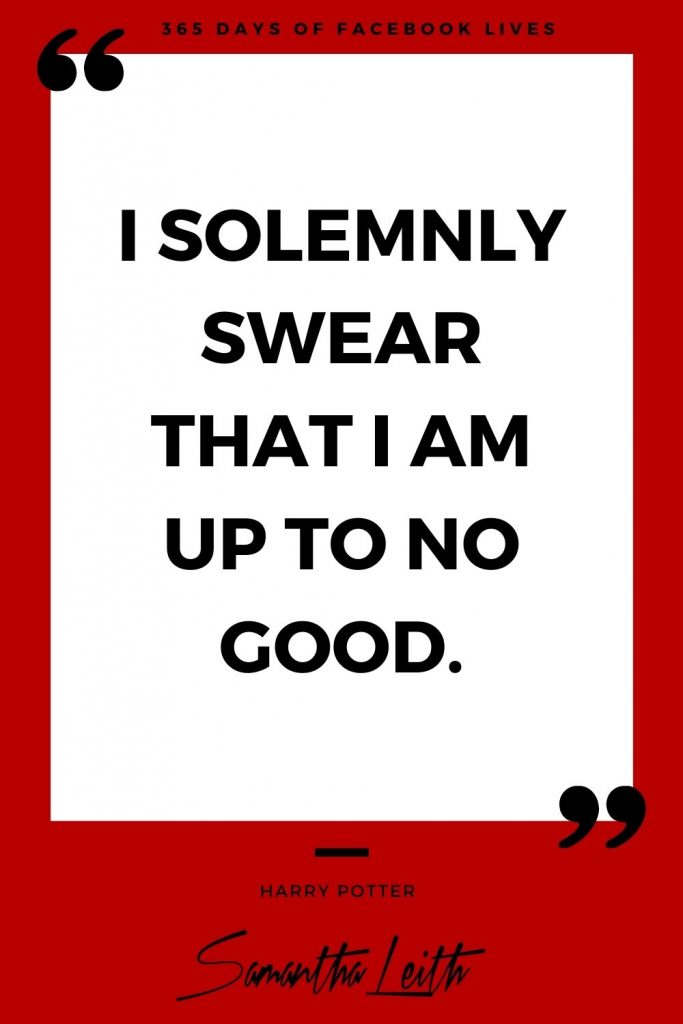 You can’t really explain it. You know that there’s wires and they’re doing all this stuff behind the scenes, but it’s like magic. It’s magic.

Oh, what was that line I really liked, Cathy?

“My geekiness is tingling.”

My favorite line of the whole thing was, “My geekiness is tingling.”

That was funny, yeah.

I want to marry him.

That was, “I want to marry him,” from the background.

Who was your favorite character?

I don’t know. I liked them all. Moaning Myrtle was fine, but she was only in one scene.

She did it justice. Harry, he was okay. He kind of annoyed me, but Harry kind of annoys me as a character, anyway.

What are you wearing?

I’m wearing the merch, and it’s the Dark Lord symbol.

You’ve got a time-

I’ve got a Time-Turner, I’ve got a golden snitch bracelet, mom’s wearing my Philosopher’s Stone necklace.

My friend’s wearing the Deathly Hallows necklace, so a bit of a Harry Potter fan. I’m wearing yellow plaid because Hufflepuff, represent.

Tell me, would you recommend coming down to Melbourne?

And doing it in one hit, like we did, in the one day, or doing it over a couple of nights?

Then obviously you’d lose the magic because you have time to think about it, and be like, “Oh, well, now I know how they did this because I saw this thing and this wire.” You really pick at it, but watching it bang, bang, bang, you’re constantly in the magic. It’s amazing.

And if you get the program, don’t open it during the show.

Don’t open it during the show. The told us not to.

We haven’t even opened it yet.

And the other piece of advice, order your champagne for intermission.

Yep. Don’t take photos or film it, like that old lady in front of us did. She, in the first-

We were dibby-dobbing, and told her off.

Yeah. Well, because in the first bit she took photos, and me and my friend were like, okay, so if she keeps on doing it or she starts doing videos, we’ll do something, and then she started doing videos and taking phots, and sending them to her friend. Yeah, we tattletaled.

Snitches get stitches, but I mean-

Sure, okay. We’re going now. That’s our review of Harry Potter and the Cursed Child.

We’re very tired. We’ve been up very long day, but we can’t miss a Live.

This is Melbourne. Let’s just turn it around, so you can see Melbourne, the nightlife in Melbourne. Oh, wow, that’s kind of pretty. It’s just like our reflection.

I mean, you could just-

See you tomorrow, from Sam and Elodie.