That was weird. That took a long time to connect.

So I’m in the kitchen. What does that mean? We don’t need no education.

Okay. Yeah. I need my haircut. That one’s a bit bright. Isn’t it? That’s better. Start again. We don’t need no education. Trying something new. That’s what I wanted to talk about tonight.

Late last year we enrolled our daughter Elodie, at a new school and the first pupils there, the first kids at a brand new school, doing… Trying to showcase a brand new education model in Australia, in New South Wales. And that’s kind of nerve wracking. So they kind of, they call themselves like the lab rats, crash test dummies, that kind of thing. And it was really scary, like talking to some of the parents, it’s really brave to try new things.

So you think about the explorers a couple of hundred years ago that just sailed off and remember, some of them still thought the world was flat. And then they discover new lands, new people, new languages, new foods, new flavors, new all sorts of things. You think about the times you’ve gone on a new date, like the first date, scary, right? 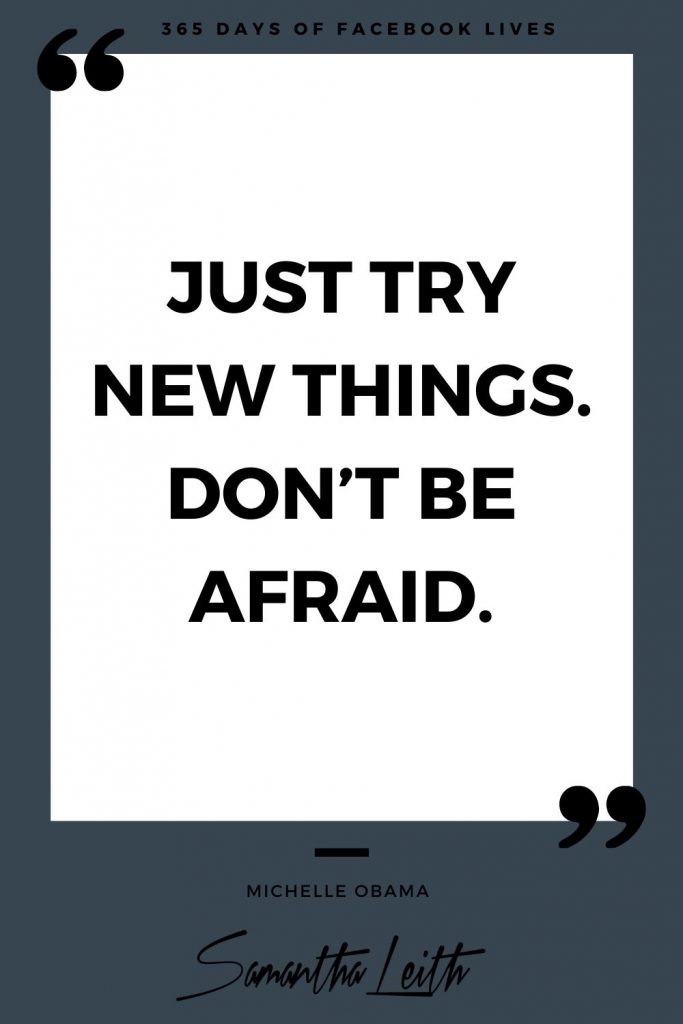 The first time you’re in a foreign country and you try something totally unidentifiable, like trying new things can be really, really scary. Well, at the end of this year of what has been, a kind of scary… It started out scary. It hasn’t been… Then it stopped being scary, has been incredible. Like its exploration of new things I think is a gift. And I think it’s so exciting that we get to do it. And at the end of this year, tonight, they showcased a whole lot of the kids and Elodie, bless her cotton socks, did an incredible job.

She sang, she danced, she did a drama piece, she emceed the whole night. And it was this school’s version of a school fate. My mother used to call fates. Every time May had come around, she’d be like, “Oh, here comes the fate worse than death,” because without a shadow of a doubt, every year, I would volunteer her to run a whole stall. Whether we were still living on the boat or an apartment house, didn’t matter. But she was like poor thing. She was up to God knows what time, baking everything for a cake stall or a sweet stand or whatever it was I volunteered her to do.

This was done differently. The kids did it. So this new school, trying new things, discovering new things, allowing kids to do new things. So they had to do entrepreneurial projects and Elodie’s one was a hip replacement box, which is putting the hip back in your life, which is a subscription box for elderly people. So they get activities, food, trinkets, listings of things going on in the area, vouchers, magazines, all sorts of things. So proud of her.

I don’t know why I used that because I really like mushrooms. But if we don’t try new things, we never know these things and kids are happy to do it. Picture kids and they’re in a big sand pit or whatever. And they’re playing with people that don’t know. And you walk into the park and be like, I’ve got a new best friend because they haven’t been scared to start a conversation or to try a new food or to play a new game. They make up games.

As we become adults, we go into a little boxes of what we know and who we know and where we’re comfortable. And to even, we’re not even wobbly like jelly enough to kind of slip out a little bit on the sides and do something a little bit new. We’re like this… We can become a locked like this frozen thing where it’s like, “Oh no, don’t do that. Oh nope. Oh, no, I don’t eat dark chocolate.”

And life’s just too short for that shit. So at the end of this first year of what has been absolute experimentation, but God awful good one. I think the school’s amazing. I’m so proud of the young woman my daughter’s becoming and the things she’s doing. And I’m proud of us. The parents that stopped being scared to try new things and actually gave our kids a go in this new school. And some of them have thrived and love it. Not all of them do. But Pat on the back to all the parents that did do that. Big, big round of applause to the kids that did and to the staff and everyone fricking awesome.

… Is, it worked. Don’t be scared to try new things. Tomorrow or the next few days you’ve got what two and a half weeks left of this year. Not even that. Next time you get asked to try something new in this space of time. Just do it. No questions asked.

If your best friend rings you and says, “Want to go to a burlesque class?” Go. If you’re at a restaurant and someone says, “Oh, you want to try this liver?” Give it a go. If you’re invited somewhere and you think, “Oh, I don’t want to see that show. It’s going to be so boring.” Go.