[365 Days of Extraordinary] Day 187 Transcript: I Don’t Normally Get Political – But

So, I’m actually going to do my life in my wifi zone. Clever that, so I don’t use any of that minuscule amount of data that Optus so kindly gives you when you go away. We’re in Strasbourg now, which is in France. We’ve gone from Germany to France and it’s apparently the Capital of Christmas. And from what we saw last night, wow, it was pretty much pretty magical. They close off this whole part of the city, so there’s no traffic. There’s just pedestrian traffic. And there’s so many different Christmas markets and shops and department stores and restaurants and musicians and Christmas trees and decorations and ice skating and food and wine and stuff. And it’s just magical. And it’s all very festive and beautiful.

And while we’re doing that, I see Australia is literally burning to the ground and which… I actually had a live today I wanted to do about how you morph into a character where you are or who you’re with, but I’m going to save that for tomorrow because I am going to get political. I’m pissed off. I became an Australian citizen, because I’m a Kiwi by birth. I became an Australian citizen so I could vote, because I thought I had no… At about 19 I did… Or 20’s, early twenties, I thought I had no right to criticize the country I lived in or to make any comments, positive or negative, in the political arena. If I didn’t put pen to paper and actually voted, sorry. A [puff 00:01:45] like, kids can’t vote, obviously. And for some people going through immigration processes, et cetera, they can’t at this stage vote, but I’m sure they all passionately want to vote. 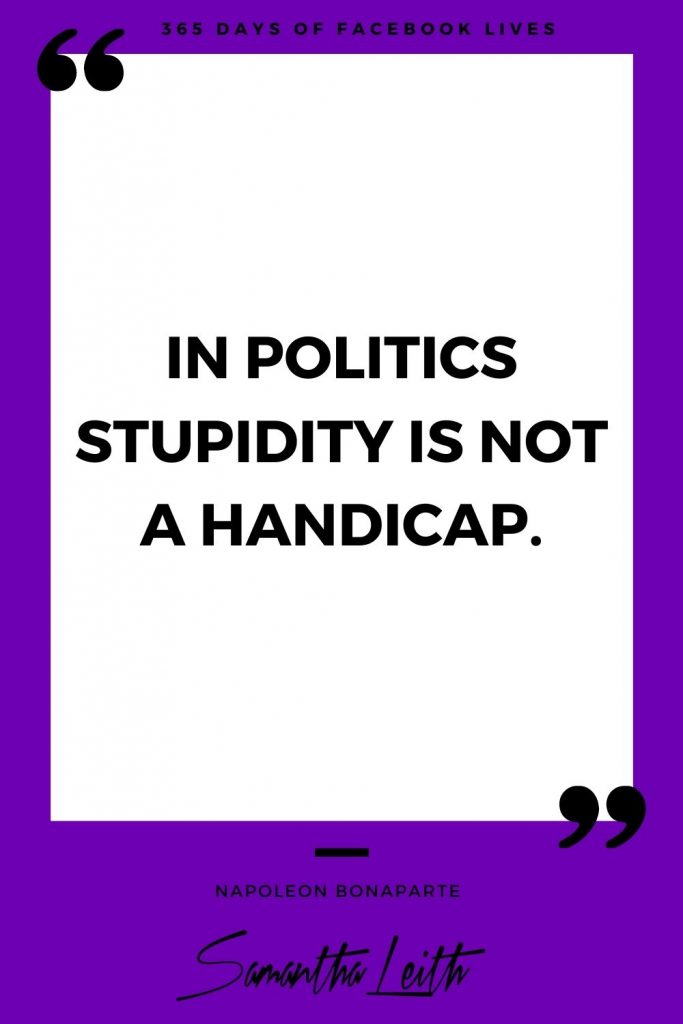 So, I’ve held that voting right quite dear, I guess. And I have to say in the last election, I was a bit, God, dumb or dumber, so, I was a bit empathetic about it. And in my area where I live it’s such a strong, liberal, safe hold. The labor party guy, get this… No, the greens guy, he asked me if I wanted paperwork. I didn’t collect paperwork from anyone as I was a walk in.

It was the liberal guy, sorry. The liberal guy said to me, “Do you want the paperwork?” And I said, “No. Thank you anyway.” Maybe it was my haircut, but he said, “I didn’t think you would.” Like, bite me. Really?

Anyway, what’s been happening, I just… What bothers me is that we currently have a leadership that is not doing right by the country, by the party, by the environment, by people, by anybody really, apart from the buddies in his back pocket. And yet people, in the political sense, aren’t really standing up. And the media, but anyway, we know who owns most of the media, aren’t getting out there and going, “What that the…” Yet, when Tony Abbott was in, both sides of politics, didn’t have a problem calling him an idiot. When Kevin Rudd was in, both sides of politics didn’t have trouble calling him… Anyone in past… Look what Julie Gill had been through. People have called them out on their stuff. And I’m fearful that no one’s calling sky mode out on this stuff, because there’s some back room, political nastiness going on.

And that really scares me, that we’re in a country where we do have a freedom of speech, we do have a right to say what we want, say how we feel, talk about people, hold people to account, that this man is not being held to account. That his party is not going, “Oi, come on, dude.” Really, everyone in my neighborhood is saying, “Come on, pull your things up people. Do some better work.” And they’re not holding him to account. I don’t understand it. Maybe I’m naive. Maybe I don’t understand politics that well, but it’s bothering me. The environmental crisis in Australia is crippling and the fires are just… We’re not there at the moment, and I’ve watched it on Facebook, because God knows, you don’t get much of it on the news. And it really worries me. It worries me for this little one here. You know. Say hi [Elittie 00:04:35].

This country that’s not being looked after and it’s our job to do it. So, sorry, but I’m having a political rant today. In the next election, in your local election, in any way you get a chance to use your voice, for God’s sake, use your voice for good for these people. It’s just not good enough. It’s really not good enough. And yes, he’s apologized and he’s coming back from his holiday, but his family is staying over there. Why don’t they come back and smell the smoke?

Yep, I’ve got my gummy pants on. So, I’m going to go eat more cheese, drink more wine and celebrate being in four degrees in France instead of 44 degrees in Australia at the moment, which is just mind blowing. Take care everybody, everybody take care. And my challenge for everybody today, because I’m going back to doing challenges, is if you can make one choice, that’s environmentally sound, go for it.

Just one choice. I’m in despair that I never took the environment seriously enough as I grew up. Really am and I’m sorry. Truly sorry that I didn’t, but I am now and trying to make up for it. So yeah, just be wise people. And when you get opportunity to say something out about the people that are not running Australia, please do so. Stay safe. And for those of you who finished work today for your Christmas break, yay. Happy holidays. And I’m saying that about holidays, not to be politically correct and not say Merry Christmas, because I’m still going to say Merry Christmas. Have a great night and I’ll see you tomorrow.