[365 Days of Extraordinary] Day 193 Transcript: Even Emperors Do It – Habits!

Good morning from Vienna or good evening in Sydney, Australia. Gosh, that hair’s getting bigger and bigger. Have you ever heard me talk about my hair so much? Weird. I’m just in the lobby of our hotel, waiting to head back to another castle, palace, today. And yesterday, we went to one of the palaces in Vienna. It was amazing. And you did this tour of their apartments of one of the sitting emperors; obviously he died a while ago now. And what struck me was we talk about habits, and especially morning routines and the power of education and the systems that we set up for ourselves, like they’re new things. 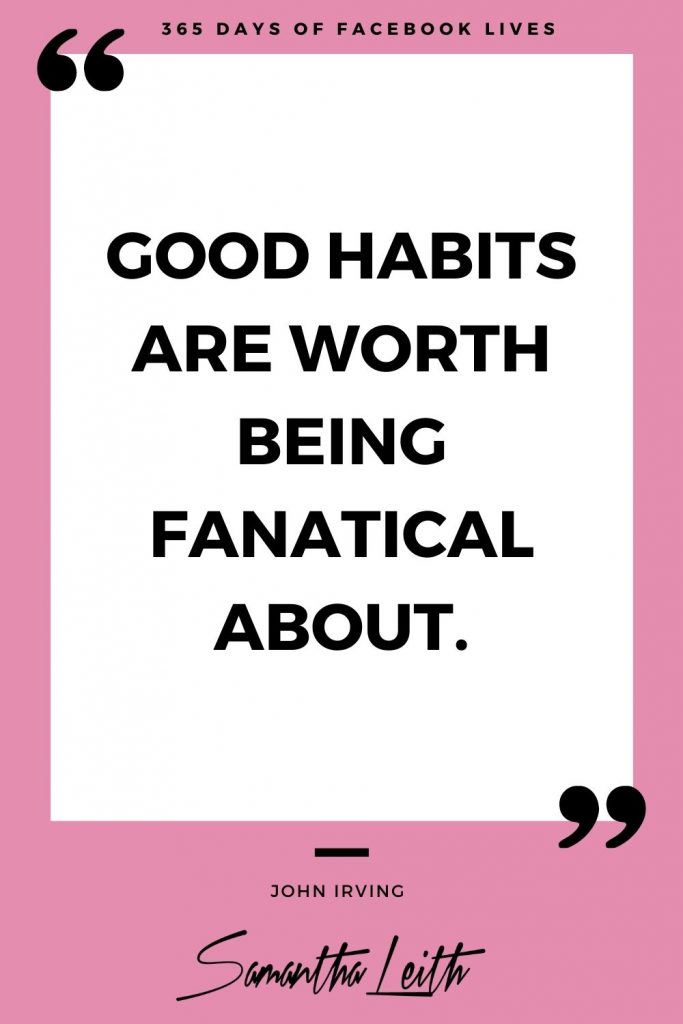 Sometimes you kind of think, “Oh yeah, this getting up at 4:45 is a big thing.” Well, this emperor, yesterday the tour we were taking, so he would get up at 3:30 AM … Was it 3:00 AM? [inaudible 00:01:10]. 3:30 AM every day. Hey Johnny, Merry Christmas. Unless he’d had a state function the night before, he’d give himself another hour of sleep, and he would start work. He would have someone would come in and bathe him and he would start work. And that involved certain foods and exercise and reading and all these things. I was like, “Man, we think an alarm going off at 4:45 these days is scary to get stuff done.” No, they’ve been doing it for a really, really, really long time.

People in power, people that wanted to get somewhere, have set themselves up for success with these habits. And his wife, the Empress Sisi … tragic story. I’ve become a history buff since I’ve been away, been new for me. She would again get up pretty early. And in the course of time, when she had someone coming … She had ankle length hair, and when someone would come and do her hair every day, for a couple of hours she would sit in this chair and get her hair done, and that was her learning time. And she spoke three or four languages and she was fascinated by Greek history. So she had a constant Greek tutor who was there to go through stories with her and practice language with her and read to her. And I’m like, yep, we set aside an hour these days to educate ourselves. And it’s kind of funny thinking that they did it 150, 200 years ago.

And the other thing, unlike anyone else in her world at the time, and people did not like that she did this, she had this fascinating wooden exercise equipment installed in one of her parlors. And there were rings, so she could do pull-ups. There were things she could hang off. There was all this exercise equipment, so she could keep her, and I mean teeny tiny, figure. But again, I’m like, they didn’t have electric alarms that woke them up and said … or apps on their phone to go, “Have you done your five daily success habits today? Or have you done those 15 pushups on that 30-day challenge?” None of that stuff was around then, but they still set themselves up for success with these fabulous habits. Loved it. Absolutely loved it.

So, that’s all from me from Vienna today, is … Well actually, no, I’ll challenge you because I know it’s Boxing Day and we’re all going … I texted a friend this morning and said, “Good news is my jeans still fit. Okay, they’re a bit tight, but they do still fit.” I’ve only got three weeks to go of my holiday. Oh my god, bread and cheese, bread and cheese, bread and cheese. What habit … No, I’m not talking set it up for New Year’s Day. When you wake up tomorrow, what’s a good habit you can do? Can you learn while you’re brushing your hair for two hours? I don’t think it’d take me two hours to brush mine. But yeah, do set up one new habit tomorrow. I promise you, it’ll make you feel good. Night night. Bye.