Don’t you love that you can see the back of our hotel room? Hey guys, it’s late at night if you’re in Sydney, it’s really early morning here in … Where are we in? In [inaudible 00:00:10], oops. It’s bizarre, sun coming up at 8:30 in the morning and going down at four o’clock in the afternoon. It’s such a short spark of Vitamin D during the day.

But I got asked the other day and I didn’t do the Q and A, but then I remembered, I got asked this question last week. So I thought I’d touch on it today, is about daily planning and planners. And if you’re in any Facebook groups at the moment or email lists of people, you’re probably getting bombarded with, this is how we plan our day and check out this daily planner. And this daily planner’s the best and people asking which daily planner do you use?

So the last couple of years I have been using a, I don’t have one with me, but a physical diary. And I have used that diary as a vision board as well. So I had all my imaging for the year and words for the year and anything that was going to motivate me on the cover of the diary or planner.

And as you know I would also have my trusty journal every day that I write in. Now, last year I found it was getting a bit hard for me because I was doing a lot of stuff online and I had calendar notifications and reminders of things happening online. And then I’d go to transfer them to my physical one. And then I was carrying that around and then I was missing things and things like that. 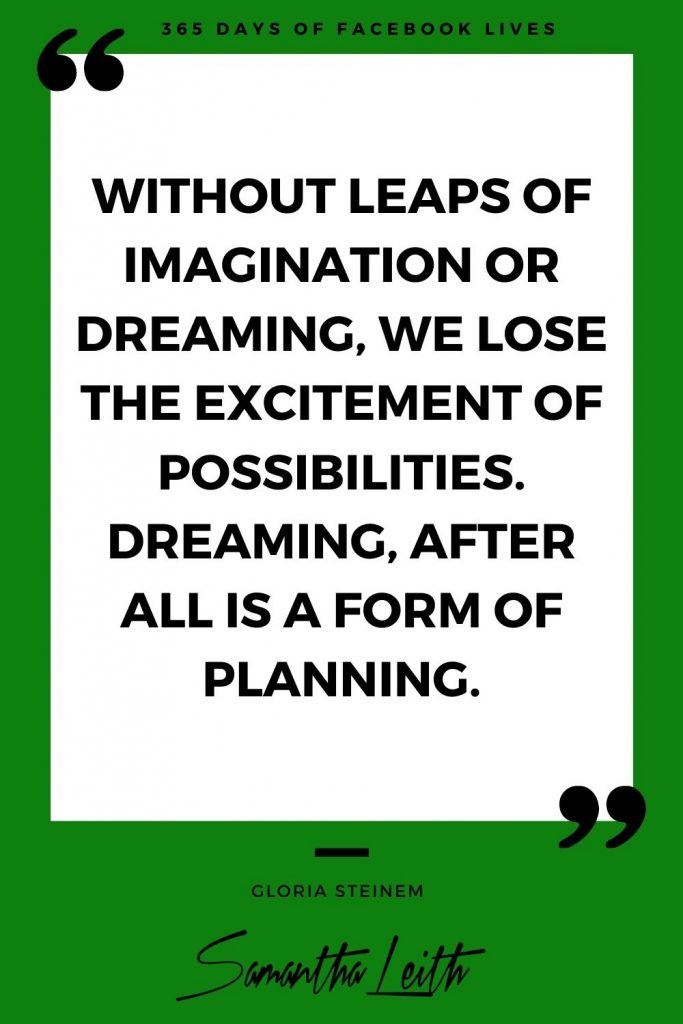 So I use iCal. I do have some people that send me stuff on Google Cal and then after, move it or integrate it rather. And I had my day set out from 4:45 AM, yep, you heard that right, until about 9:00 PM. And I have my 15 minutes times four times of social media allocated during that day. I have my morning routine. I have when I’m doing marketing stuff, when I go talk to my team, when I’m doing client work, singing practice, I have all sorts of things color-coded that happen every day or recurring.

From walking the dog, walking fabulous Charlie to bedtime routine, turn everything off, start winding down is all color coded in there. And then when I get notifications or alerts or other things I have to do, they come in and I have to delete something that may already be at that time if I can, if not, make choices. Ah, those terrible choices.

What I’ve been reading a bit about is, and I started doing last year, which I found really helpful is instead of having say a three hour time slot for marketing allocated, I started doing, at 1:00 PM, write one blog post to 1:30, so very detailed. So it would take my to do list, and I was moving it from out of my physical diary because I wanted to move away from that and actually putting it in an allocated time in my online one.

Now that made such a difference to me getting stuff done. So I highly recommend giving that a whirl. It was probably only about the last six months of last year I started doing that, but I loved it. I really loved it. So that’s one of my tips, is your to do list, actually putting it in a time in your diary management system. And then the reiteration of what I do every day on the journaling is just whatever I want to say for a page, then on the other, and then I write my five big statements, my I am statements.

Then I have five pieces of gratitude. Then I have my 10 big dreams. And my 10, well, last year I was doing five and five, this year I’ve got 10 goals I’m working on for the whole year. That’s it? And then those 10 goals are broken down into, they can’t all happen at once, obviously, but this kind of stuff simmering in the background. There’s 90 day kind of timelines, 30 day timelines, et cetera. So I’ve broken those down and I’m writing some of those in my journal on a daily basis, but the 10 big dreams are still there every single day.

So that’s just a bit about how I’m planning this year. I’d love to hear what you’re using to plan diary management, that kind of thing this year. I’m trying to get [Aladdy 00:05:30] into it. So, I mean, back at school, we had out student diaries. We had to write everything in there and it’s crazy for them too, because they have some online stuff, some physical stuff. They starting so young to learn how to juggle these two methodologies.

So we’re going to chat a bit more about it. She might have some insights and help me plan my stuff a bit better based on how they do it at school. So I’ll let you know if anything exciting comes up. So good luck with your planning this year. Daily journal, daily planning, put your to do’s on your calendar. I’m pointing the finger. Have a good day. Bye.