[365 Days of Extraordinary] Day 211 Transcript: Go For Goal’d – Why Did Your Goal Fail Before?

Hey, guys. Monday, you’d think, whatever. Still during these [inaudible 00:00:07], I can’t believe it, day 211 and I’ve managed to do it on holidays which, pat myself on the back. It’s been a while since I did one of my 52 tips to go for gold, so I thought I would do one of them today, because why not?

This tip is all about, what if you’ve still got a goal that you really want to achieve, but you’ve wanted to achieve it before, and you didn’t achieve it. So we’re going to talk about that a little bit. So, if you’ve tried before… First of all, bravo for giving it a go again. It takes courage, and shows a real commitment to that goal on your underlying why.

Thomas Edison once said, “You’ve succeeded by not succeeding.” You succeed by not succeeding, because if you don’t fail, you find, as it’s been said before, 10,000 [inaudible 00:01:00] didn’t work. He tried to get that light bulb going for a very long time. He could’ve got discouraged, could’ve thrown in the towel, but he didn’t. He remained true to his vision, and his commitment to seeing it through. So he used every single failure as a lesson, which I’ve talked about before, see past failures, not as failures, but as lessons and how to get there.

So what I want you to do is put pen to paper… Back to actually making you do something. I can’t make you do anything, but you get the drift… And figure out what happened, and why I want to talk about this today is, when I get back to Sydney, I’ve got a mother goal that I want to achieve this year, that I’ve tried before and really failed. Didn’t happen. Nope, did not happen, so I’ve been making myself do this at the moment, trying to work out well, why did it not happen? What was the thinking behind it, what was the reasoning? Could I have done anything different, etcetera, etcetera, etcetera. So that kind of made me go, “Oh, I’ve written about this before, so why don’t I talk about that?”

So what I want you to do is, chances are the result was a combination of, “Oh yeah, I broken out.” Things that are either outside your control, and something within your control. Either way, they’re all the lessons that we’ve got to learn. Life is continual lessons, what we learned. I want you to write down the things… You have pen to paper. I know it’s so scary. Write down the things, or the reasons why you think things went the way they did. 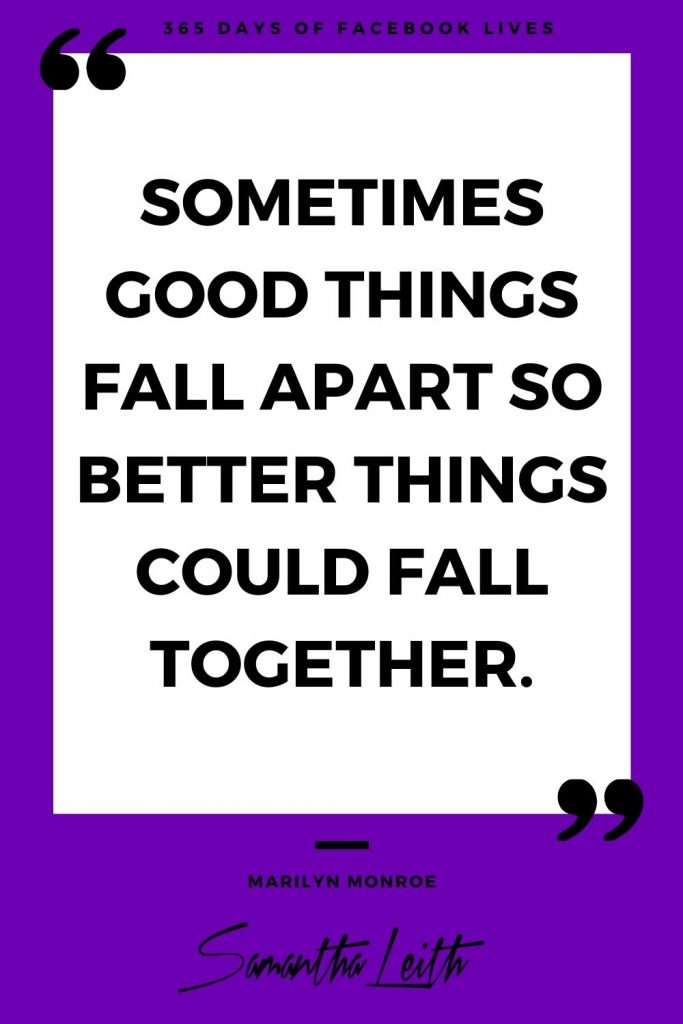 Notice, I’m not going to say why things went wrong, could say that before, but it’s not wrong. It’s just what happened. If you keep thinking its wrong, it’s the attitude that’s not going to get you anywhere, and you’re not going to achieve the goal. So put that aside. It’s not wrong. You’re not like that you’re watching this, which means you are not like that. You’re back. You want to go for this goal. You are completely in control. You’re going for it again. That’s thinking.

I want you to stop. Take the time, and turn the whole experience into a really, really big, powerful lesson. Next to each reason, next step, I want you to write down what you could have done to prevent the thing, person or event from stopping you. Now this should narrow the reasonings down, because you might have 10 reasons, and actually, they might have stemmed from two things. One might be a self belief, and one might be like a money, time… That kind of thing that we blame everything on.

So I want you to narrow it down by writing out those things. Obviously weather, injuries, emergencies, can’t be predicted. Shit happens, so you can cross those off your list. If you didn’t achieve your goal because of something like that, just get rid of it. Nothing you can do about it. Get rid of it. They’re variables or in the insurance business, they might say, act of God, and then they don’t give you your money back.

Anyway, we’re not talking about that today. We want you to get these goals. For the remainder, I want you to work on the external reasons first. The ones that you have no direct control over. Brainstorm at least one of them, and preferably several possible solutions to what actually happened. Chances are, there’s something you might do this time, that if you were confronted with it again, there’s something you might do to ensure this external reason did not stop you.

The hardest part though in this, is admitting your own role. That’s the hardest part. Even if something seems like it’s a hundred percent not your fault. Oh, I don’t want to say that, because then that means… I’m not putting blame out there, because it’s [inaudible 00:05:19] somehow, but it possibly could have influenced it somehow. So just find out what that is. Okay, because there might just be this languaging that is stopping you from doing things, but you’re actually using it as a blame thing.

So next, take each internal reason, which is that I was tired, I didn’t have the energy, blah, blah, blah, blah, blast off. I want you to… Actually, this is a good one. I saw that everyone else was doing better than me, so I stopped trying. Mm-mm, that comparison thing. Write down what you could have done, what you should have thought, believed and done, and don’t do it in a judge harsh way. Don’t beat yourself up. Just write it down, and what lesson you’ve learned from it, and how you would do it differently. What you would say to yourself, if you were having those thoughts next time. That’s important.

I want you to analyze why you didn’t get there, and in that analyzing, you might actually see that, “Yeah. I just didn’t want the goal.” So you may be going, “I had this goal. I didn’t get it. So I’ve got to try again.” You writing out all your reasons and you’re like, “Oh, I actually just don’t want the goal.” So get rid of it. Get rid of it. You’re probably beating yourself up for absolutely no valid reason. No valid reason. If like me however, and the situation I’m in at the moment where, I’m looking at this goal, and why didn’t I achieve it, why didn’t I achieve it?

I’m writing up my reasons, and I’m looking at the lessons, and I’m figuring out and going, “I want that call even more now.” So none of that stuff’s going to stop me to stop me this time. None of it. None of it. I’ve found the lessons that were within it, and gone. Gone-ski, getting rid of it. I can tell you at the end of this year, I’ll be going, “Tick.” So, that’s what I want you to do.

Grab a pen and paper. Look at a goal you didn’t achieve in life. Probably the last 12 months is the most valid, because you remember everything. Write out, why were all the reasons you think you didn’t achieve it? What you learnt from those reasons, and figure it out. Whether it’s something you still want to go for. Have a great night, day, wherever you are, whatever you’re doing. And I will see you tomorrow.