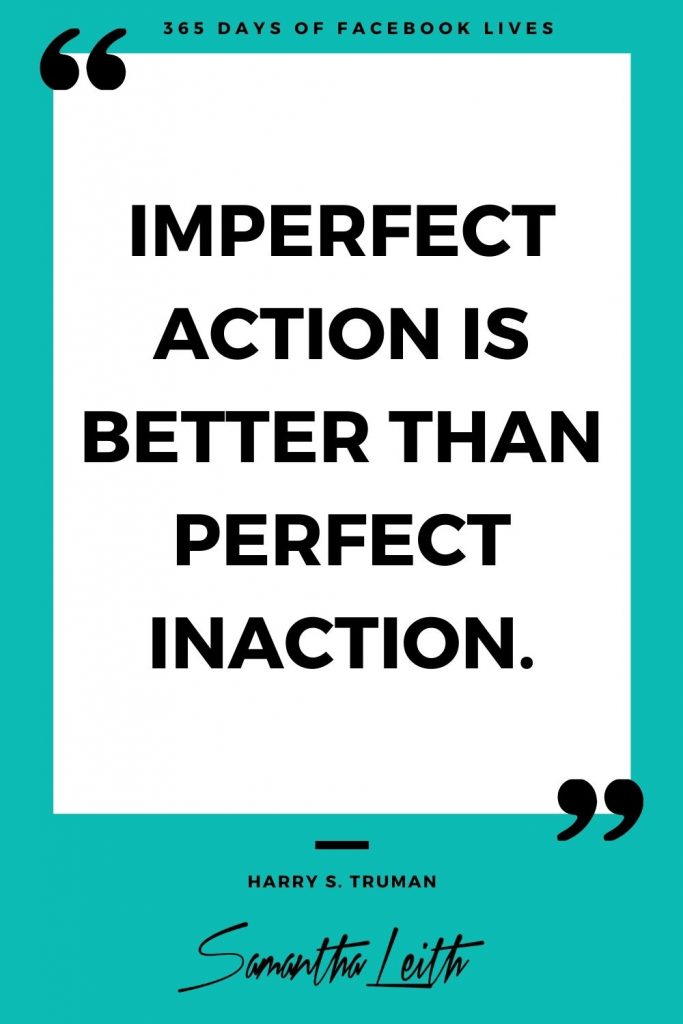 Okay. I’m in the kitchen. I’m dancing and that’s pretty bad live. Ah, that’s better. Now you can see me. So I wanted to talk today about taking imperfect action because for many of us, myself included, who are practicing perfectionists. We don’t do stuff because we’re waiting for it to be perfect.

So this hit me in the face this morning when I was avoiding doing something and I was like, “Do it, don’t do it.” I’m giving myself a little bit of a kick up the backside and just did it. And I thought, “I’ve got to share that.” So I want you today to just take imperfect action. There’s a Tony Robbins quote and I’m probably going to get it wrong, forgive me. “Winners take imperfect action while losers is still perfecting the plan.” I think it’s something like that. Oh, that was a battler. Didn’t even Google it.