Because it was pointed out to me the other day that my glasses were dirty on the live. So just making sure they’re clean. Not that I … Is that better? Do I look smart now? So, welcome to Sunday. Happy Sunday. You’ve got both of us. No, she’s not nearly taller than me. That’s why … You know how I have tall hair, that’s why, so I stay taller than that one. So I thought we’d do a different Q&A today with this one and me. So just a couple of questions each. She doesn’t know what I’m going to ask and I don’t know what she’s going to ask me.

I have to ask you questions?

Don’t tell them … Yes, occasionally, I think, “Do I need to put a bra on? Yeah, I do need to put a bra on.” I can’t believe you … You don’t have to give away those kind of secrets. So there’s so much going on at the moment. So we’ve been stuck at home together. Because it’s terrible. We don’t like each other. For a couple of weeks now. Haven’t we?

Two weeks. And how is online education going?

Most of it not great.

They give us more work while we’re at home. I don’t get it.

Okay. She’s normally a lot more talkative than this. Pretend it’s like a drama class.

It’s night and I want to go to bed. 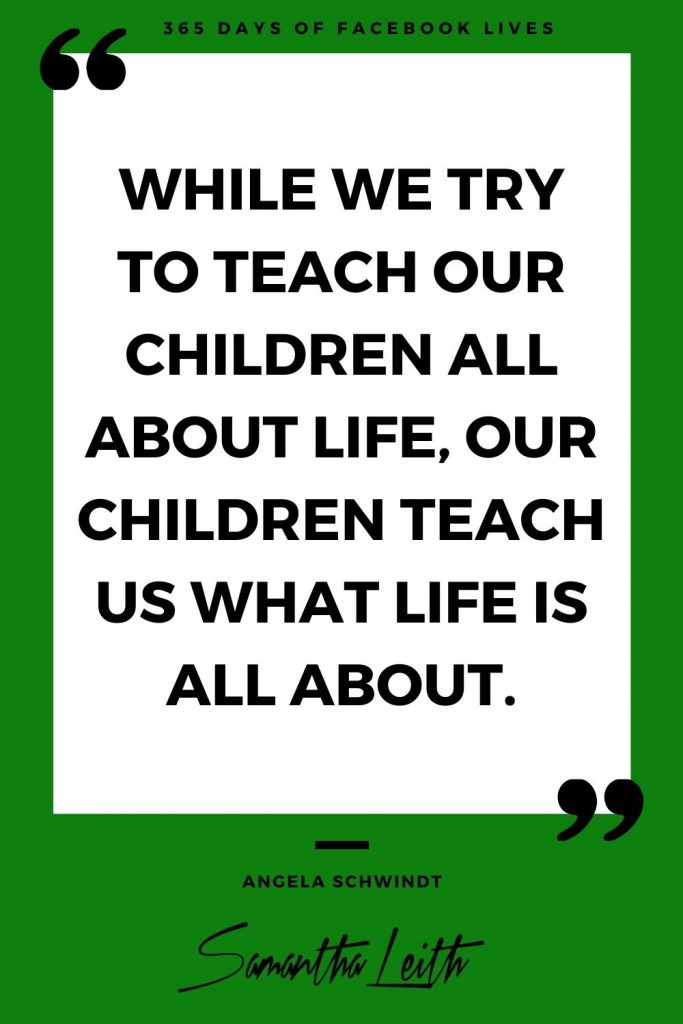 Night. Look, you got her on for a minute. But she’s not kind of up to, I don’t know, Sunday artist. I think that’s what we’ll call it. Hello, everybody. So yes, it is Q&A Sunday where I normally answer a question that either a client has asked me or someone has messaged me and asked me. And this week, … Well, actually, no, that’s not true. I have had a lot of questions asked this week, but some of them are a little bit too personal to share and others I’ve actually already covered off on. I know, crazy. I can’t have covered off everything in 292, 293 days. No. There’s so much more we could talk about.

So actually I was going to tell you about a book. I just finished reading. Oh, my golly, golly gosh. I did legitimately get asked this question today, what I was reading, what had I been reading? Because I set a task at the beginning of the year that I was going to read 52 books this year. And I had thought to myself that I’d blog about them. With doing the lives and everything else, I ain’t got time for that. I ain’t got time for that. So I haven’t blogged about the books I’ve been writing, reading. I’ve also lost the ability to speak English, some words today. But I have just finished reading Breaking the Habit of Being Yourself by Dr. Joe Dispenza. Oh, my golly, golly gosh.

I do believe this will actually be life-changing and I don’t know if I’ve ever said that about a book before. It’s quite heavy. It’s quite heady. Like you’ve got to … But I’m a bit of a dag. I like sitting down having conversations with people about quantum physics, and chaos theory, and a whole lot of stuff that people go, “Oh, what’s she talking about?” So I enjoyed the headiness of it, but then it does give you some really practical, tangible things about releasing old baggage, the get rid of that shit, and welcoming in the new.

So what I’ve done … I really, really, really loved it. It’s a long read. Lots of notes taken. I think I will actually write about this one because I think it is actually that powerful. Yeah, I think it is. I might kind of dumb it down, and I mean no disrespect to anybody, but you know what I mean, chunk it down into the bits I actually got out of it. So why do I believe it’s life-changing? Well, it’s one of those books where I was getting my phone out and making notes. I have the notes app and I make notes when I hear things or when I see things, and then I’d go back when I have time and reread my notes and then make notes from my notes or do something with my notes. It’s kind of my …

A lot of people use … I’ve just forgot. Evernote. I don’t like Evernote. I don’t know, maybe I’ll give it another go. But I made truckloads of notes from this and I’ve already gone back and distilled some more information out of the notes that I wrote. And then a few days ago, so the third, so when there were 28 days left in April, I actually also bought the meditations that he takes you through in this book. Because as I’ve explained to you before, crap all the meditator, med … I can’t even say it. Meditator. I’m terrible at it. I need someone to [inaudible 00:05:35] my brain while I’m meditating. Otherwise, I’m all over the shop. So he has this practice, it’s right towards the end of the book, it’s section three and four, where it is literally the part about getting rid of your old stuff and putting in the new stuff, where you do these big meditations.

And literally the first week, every day, it’s like 20 to 40 of … I do the water rising meditation, which is so cool. You’re like you sit there, and I used to meditate lying down, but I started sitting up, and he definitely says sit up. So you sit there straight back, eyes shut, hands on your legs and you do these deep breathing exercises as you feel the sensation of water covering you. And if you’ve watched any of these lives, you know I’m an absolute water baby, so I literally can feel that water coming all over me. And I’m just like dunsky. And when it’s over, I’m like, “Oh, it’s over.” I’m really actually getting into it, which is so cool. For me, even though I meditate, that is a really, really big deal.

Now, I did look today, it is on Audible. For those of you that don’t like reading chunky books, grab the audible version. I do a combo. I do audible and I do other books, paperbacks, or hardbacks, whatever they happen to be. But this one I did actually read, read because I could highlight and do stuff like that. But I think what I might actually, because I want to give it another go, is do the audible version. I’m not sure if he reads it or not, but watch this space. So for four weeks, I’m going to do this meditation. So each week you have to do another aspect of the meditation. By the time you get to week four, which will be the end of April, I’ll be like in the bag. I will have that.

What he questioned you to do, and this I’m going to do a live on this whole section actually, is to think of the one emotion feeling that has held you back so much that you want to get rid of. And it was so clear to me. It was like bang. And then the reasoning of that emotion and the things that that emotion … Because each emotional feeling is layered, so you might feel happy for example. And with happy, you then feel energetic. You then feel healthier. You then feel more ambitious, like this da-da-da-da, all these other things. But there’s one overriding. And the same for a negative emotion. So say you feel angry, there might be resentment. There might be hurt. There might be guilt. There might be … Like a whole lot of other emotions that go with it. So it’s about unpacking those and getting to the number one, one that you got to get rid of. And that was like [inaudible 00:08:24] for me, lightning bolt.

Anyway, that’s me rabbiting on enough for Sunday night. I hope you are all well, hope you enjoyed seeing Ellavie for the smidge of a second she was there. And yes, my answer to the question I’ve been asked this week about what I’m reading is, Breaking the Habit of Being Yourself. And then I just started actually on Audible, a book by Jessica Herrin who started the company, Stella & Dot. Fabulous woman, amazing visionary. And that one I am doing on Audible while I walk around. I’m not sure what the next paperback or hardback one I might do. I’m looking through my bookcase going, “What haven’t I read? What haven’t I read?” I got given a couple of books recently by people I actually know. So maybe I’ll read one of their books. You’ll never know. Happy Sunday, guys. Have a lovely night and I will see you all tomorrow. Bye.