[365 Days of Extraordinary] Day 297 Transcript: When Your Actions Don’t Match Your Goals

Happy Easter. Cheers everybody. Yes, it’s Thursday night and I am about to officially sign off for the weekend, apart from my lives, because I have to do those obviously. And you know, over Easter I’m going to get to the 300 mark. I can’t believe it. I’ll have to have a party and then there’ll be the final. Then we’re going to sing that song, it’s the final countdown. Cheers, Amanda, happy Thursday. Tonight I wanted to talk about what do you do when the pace of which you are doing things is like… and the pace with which you want to achieve your goals is like… and they’re totally out of alignment?

We’ve all been there and done that. You set this goal of… Okay, well, take my running, for example. As I mentioned the other day, I started doing the couch to 5K app because I’ve never been able to run and I want to be able to do it. At the moment, the goal is learning how to run five kilometers before the end of June. That’s a fair amount of time. I’ve paced myself out at three times a week doing the app, which is, it builds you up. I don’t need to go into the details. It builds me up. 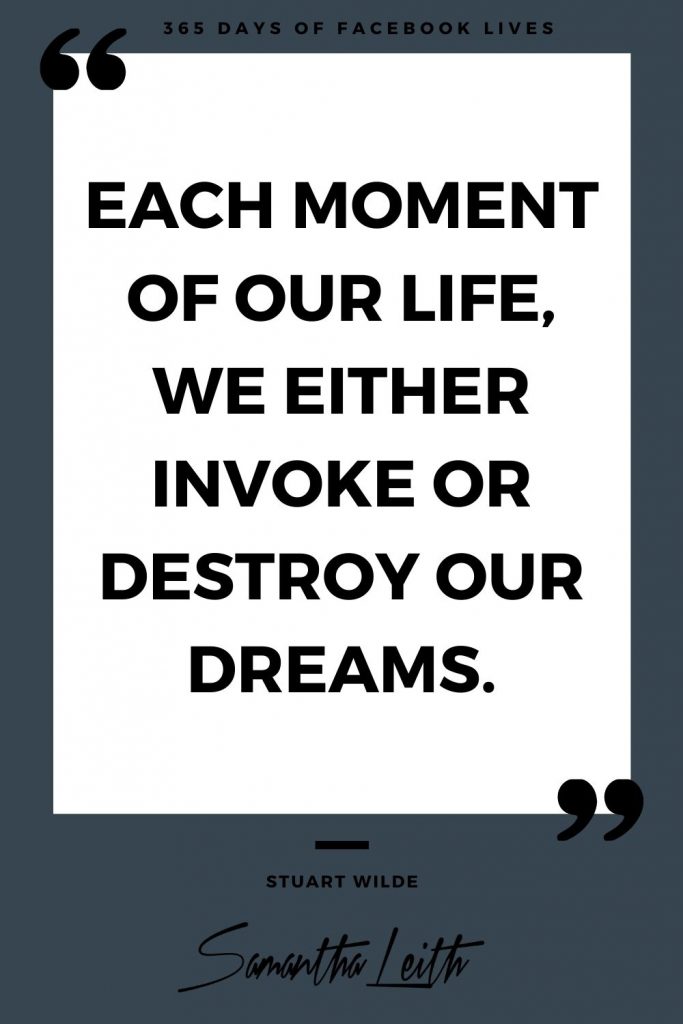 That’s one example. We do this so often in life. We set ourselves up for failure before we’ve even got to the halfway mark of achieving a goal, because the pace with which we’re working is slow Joe rabbit. See what I did there? And then the goal that we actually want to get is like Flo, what was her name? Flo-Jo with the… Remember the nails? Was it Flo-Jo? Please someone comment and tell me it was Flo-Jo and I haven’t just made that up.

Speaking of nails, miss my nails. I totally got off track there. Sorry. If you have a goal, you have to set your pace in order to achieve that goal at the same rate. If the goal is totally unrealistic and you’re going “Yeah man, I am so going to get into the frock by such and such a date, but pass me an Easter egg.” They completely different than… It’s not even they’re in their different lanes, they’re in different arenas. You cannot do it. So what I encourage you to do, and you know I only ever want you to work on three or five goals at once because if we get more than that, it’s like, man. It just gets overwhelming and you don’t do any of it.

And that’s the pace that you need to be aware of every single day. That is the pace that every morning when you write in your journal, you’re like, “This is what I’m working on. This is how I’m going to get there.” And know that the actions you take that day are going to help you achieve it. It’s like, you’re not going to learn to speak Italian if you download the Duolingo app and you open it once a week in the 10 weeks before you jump on a plane and go to Italy. It’s not going to happen.

You’re going to get on that plane, get really, really angry with yourself because you can’t speak it. Then that internal dialogue is going to start about the, “I’m hopeless. See, I didn’t do what I said I was going to do. I always fail. I’ve done it again. I can never achieve what I want to achieve,” blah, blah, blah. None of that is true. The only thing that is true is you didn’t set the right pace with which to achieve the goal. And so, it’s actually really simple that when you learn about it and you think about it, you’re like, “Oh dear, Fred. Really I knew that. I really, really, really did know that.”

It’s like marathon runners. When a marathon runner trains, this is actually funny me talking about marathon running when I’m learning how to run five kilometers. It’s hilarious, ironic even. A marathon runner, from what I’ve read, when they learn how to do it, the pace with which they do it is so strategic. It’s about being able to set themselves up so that in those final couple of kilometers, this energy almost comes from nowhere to help them saw through that finish line. To help them get the momentum, to help them get right there just as they think they’re about to run out of everything, they’ve got more in store. Thank you, Amanda.

And if you’ve paced yourself properly, you haven’t run out of energy. When you’ve paced yourself properly, you haven’t succumbed to temptation and those little niggly things. Or if you have succumbed to temptation in a goal, you have set yourself up so that, that temptation actually doesn’t matter because you’ve given yourself this space and the, not a comfort zone, but you’ve given yourself that room to have those moments of fluctuation. And they all need to be incorporated in that pacing towards a goal. So that’s my little bit about goal setting with funny running metaphors. Who is this woman? Oh my God. Next thing you know, I’ll be in running. No, I won’t be. Girl’s got standards.

I just want to encourage you this weekend, look at your goals. Spent 10 minutes, 15 over a coffee, and write down what steps you are taking every day, and if they are at the correct pace. Or you’re thinking, like I have in times gone past, that a rabbit is going to magically appear out of a hat on the day before you’re meant to achieve your goal and presto, you’ve done it. It’s not going to happen. Pace yourself people, pace yourself, pace yourself, and watch those goals just unfold in front of you. Have a fabulous Thursday night. Happy Easter, and I will see you all again tomorrow. Bye.