Hey, guys, gals, gang, people, everybody. Happy Saturday night. I hope if you haven’t already, once you’ve watched this live, go onto my Facebook page and watch the Todrick Hall COVID version of nails, hips, teeth, pills. I can’t remember what all the words are. Oh my gosh, I’ve forgotten what all the words are. It’s brilliant. It’s absolutely brilliant. You have to watch it. There’s so many good things happening at the moment online in this world, so make the most of it. Get out there, watch everything, and inject some fun into your life, not disinfectant into your veins. Let’s not talk about that one, shall we? I heard this thing today that I’ve never heard before. And you know what I’m like, when I hear something new and I go, “Oh my God, that’s awesome,” I want to share it. So I’m sharing it with you tonight.

It’s called the Emotional Guidance Scale. I’ve talked before about flipping emotions and things like that, so how to take a bad emotion, negative emotion I should say rather, and flip it into a positive, to try and find something to turn it into a positive. I’m a great believer in us being able to change our state and change how we’re going through our day, how we’re processing our lives by being able to change how we’re feeling about things. I’ve previously always, and I’ve thought about, and I’ve taught the flipping thing, which I think is brilliant. And if you can flip it, fantastic. So when I heard this Emotional Guidance Scale today, I was like, “Oh, that’s great.” It’s like a progressive changing of your emotional state, which for some of us, if something horrific is happening, or if we’re in a massive chaos and anxiety and fear and all these things are happening, sometimes it’s virtually impossible to be able to find your way out of the dark and flip that into a positive then and there, or even after doing any of the exercises that I’ve suggested to you previously on these lives. 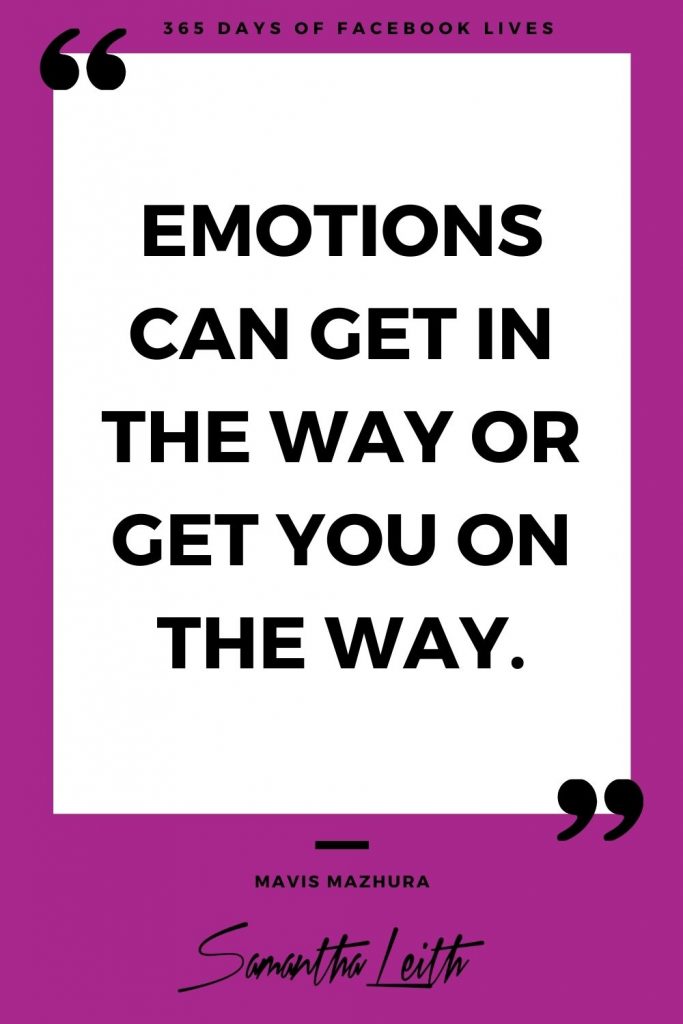 I want to take you through this Emotional Guidance Scale because I think it’s brilliant. I didn’t mean to, by the way. Oh, that’s all right. So where did this Emotional Guidance Scale come from? Well, it came from, okay this is where … You know how I’m analytical with the woo-woo rising, this is on the woo-woo scale. So the Emotional Guidance Scale was created, given, channeled by an entity called Abraham. So who is Abraham? So I’ll just, I’ll actually read the bio to you so I don’t get it wrong. So according to Esther and Jerry Hicks, Jerry’s actually no longer with us, Abraham consists of a group of entities that are interpreted by Esther Hicks. Abraham has described themselves as a group of consciousness from the non-physical dimension. They have also said, we are that which you are. So Esther, the premises Esther channels the stuff from a group of entities out there, universe. And brings and manifest those into the physical. So brings those in for all of us to share these great pieces of guidance.

Some of them I can read or listen to. And I’m like, “Oh my gosh, that makes so much sense.” Others I have a real hard time digesting. My analytical brain goes like, and I do find it quite difficult to digest. So I believe they’re one of those teachings or teachers that are not for everybody. But when you can find and understand the goodness in what they are teaching, it can be really amazing and really powerful for your life. So let’s talk about the Emotional Guidance Scale. So I’ve got to read them out to you because there’s 22 of them. So what it is, it goes from like absolute shot, you feel terrible, up to, oh my gosh, you feel amazing. There’s a scale of how all that works. So down the bottom at number 22 we have fear, grief, desperation, despair, powerlessness. Oh, awful. Don’t want to feel like that. Terrible. At 21 we’re feeling insecure, guilty, unworthy, not great either. 20, jealousy. 19, hatred and rage. 18, revenge. 17, anger. 16, discouragement. 15, blame. That’s your fault. 14, worry. 13, doubt. 12, disappointment. 11, overwhelmed. 10, frustration, irritation, impatience. Got to work on that one. Nine, pessimism. That can be hard on people to change. Eight, boredom. Seven, contentment. Six, hopefulness. Five, optimism, Four, positive expectation and beliefs. Three, enthusiasm, eagerness, happiness. Two, passion. One, joy, appreciation, empowerment, freedom, and love.

So how it works is if you’re in a situation and something’s going on and something’s happened and you’re like, “I want to take revenge on this person.” And it’s all that stuff is welling up, poisoning you. It makes you feel terrible. So it’s about using the scale and asking yourself the questions to move yourself up the ladder. Now you might not be able to go from revenge to hopefulness for example, that’s quite a big Leap. You know, that’s 12 spaces up. But you might be able to go from revengeful. So say someone overtook you in traffic and your immediate gut instinct is revengeful. You want to swing back out, get in front of them, cut them off and ruin their day. You want to take revenge because they’ve now made you grumpy made you a couple of minutes late and it’s not fair. So you’re going to do the same thing to them. We’ve all been there. Don’t say you haven’t, we’ve all had that moment in traffic.

Well, if you asked yourself maybe the questions, well you don’t know what’s happened to that person in that person’s day to make them do it. You don’t know if they’re reacting to something. So you might be able to move from that revengeful state to a state where you’re simply a little bit angry, because now you’re a little bit late. But you know, it’s not the end of the world. Not the end of the world, you’re just a little bit late. So you a little bit angry. And then as you’re driving along a bit further, you’re thinking about, “Oh, actually I just got two green lights, so I’m not feeling so bad after all. So I’m a little bit frustrated because it’s still a bit of traffic ahead of me and I’ve got that meeting and I might not make it. I might not make it. Oh my gosh, look, the traffic speeding up all of a sudden. Oh wow. That’s so cool.” Oh now I’m hopeful. Yes. I’m hopeful. I’m going to get to my meeting.

And that acid that’s going through you, that nastiness that’s going on inside you. That was that first revengeful state, just by calming down and asking yourself a couple of questions, you have moved from 18 to six, 16 places where you’re now feeling hopefulness. Now don’t expect going … You can have a Google of the Abraham Hicks Emotional Guidance Scale. That is a mouthful to get out by the way. Or you can wait till the notes go up on this and I will have it listed there for you in the blog, samanthaleith.com in the blog section. But it’s really, I think it’s really helpful. I’ve actually today, a couple of times I’ve gone, “How am I feeling? What am I feeling like?” And I’ve moved up that ladder just a little bit. I think this is an awesome tool to use at the moment because there’s just a cacophony of emotions going around for all of us every single day.

We’re like on a roller coaster of emotions. So I guess a really good tool for that. I think it’s a really good tool for kids. So if you’ve got children, I will be experimenting on Elodie when she gets back, you’ve got children with this. If they’re in a bad state, if they’ve been disappointed by something or frustrated by something, or they’re feeling hurt or jealous because their sister got something. By just asking them a few questions and getting them to see what they appreciate or do something fun, then they can move up the scale. I just love it. I think it’s a brilliant tool and I can’t believe I’ve never heard about it.

So I will be learning more about it. I’ll probably talk about it more. In the meantime, have a fantastic Saturday night. Don’t forget to move up the scale. We want to feel happy. Honestly, it’s like the ultimate. It’s the ultimate everything feeling happy. So move yourself up the scale using this if you want to have a Google. Reach out to me anytime if you have any questions and head on over to samanthaleith.com and sign up for your weekly dose of sparkle, because remember this 365 days, it’s only got about 50 days to go. Not sure what I’m going to do yet. So you want to make sure that you are connected with me somehow to keep getting some fabulousness. Mwah, stay well, everybody. Bye. Mwah.