I’m doing that silly dance again. What is it? I don’t know. Happy Thursday night. Yay, we’re getting to the end of this long running Facebook lives. And I love every minute of it. Actually I do. I’m being a bit silly there, but I really actually have loved it. Every single one of them, apart from the one when I was too sick to actually do it, or the first one, which I forgot to save. So technically I still owe one, which I might make up at some point in the next 30 odd days.

Tonight, I wanted to talk about how to fire a client. How to get the confidence it’s to fire a client. And I brought this up actually at a dinner tonight and people are like “What do you mean you can fire a client?” You can. We have this, remember that TV show, the Weakest Link? And there was that line, “You are the weakest link. Goodbye.” And you get rid of someone in this kind of negative nasty made great television, by the way. It’s like, “Oh, not good enough go. You’re gone. Off, goodbye.”

You don’t need to be that dramatic, but there are people in your life. And often they are clients, customers, sometimes they’re friends, sometimes they’re family that you’re just got to get rid of. And not in a cut the umbilical cord, never speak to them kind of way. But in “I’m setting up boundaries that what is going on in this relationship is not working. So we’re stopping it.” And again, we most often overthink these things because we feel bad that we’re about to stop talking to someone or stop working with someone. So we tend to overdramatize it. And we want to explain our way out of it because somehow explaining to someone our point of view, as to why we need to end a relationship is going to make it better. 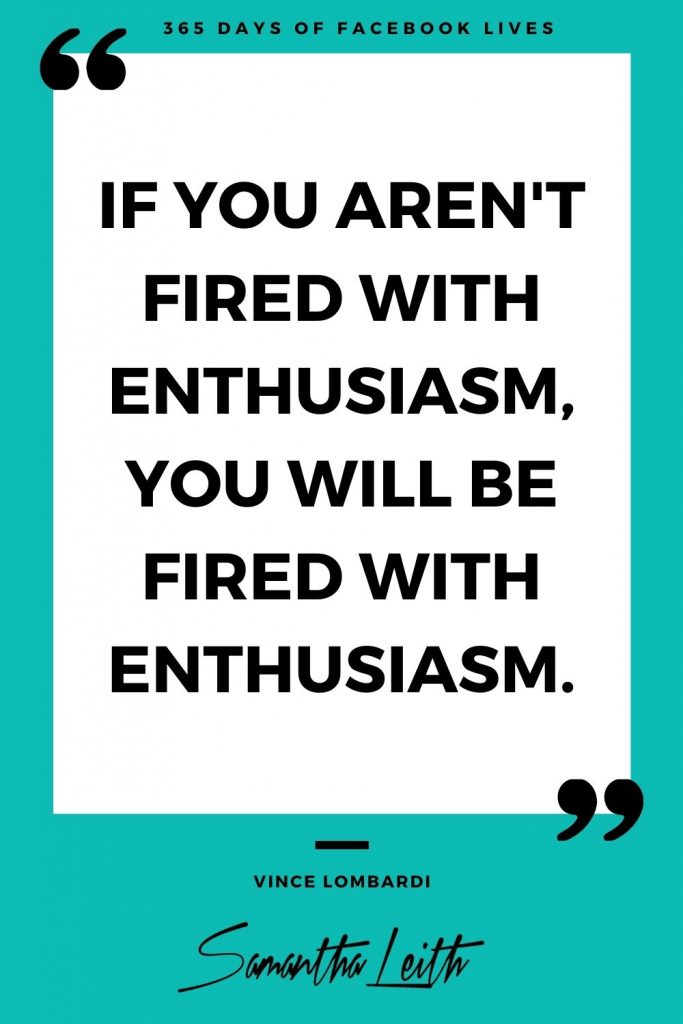 You just might be the one that’s finally got the balls that Gahanna is, whatever it is to go “This isn’t working.” Again, not actually having to say it to them. So why don’t we do this? I’ll give you an example. You have a client that’s always late and you have a relationship where it’s like, okay, we have our meetings at 10 o’clock every Friday. They don’t turn up for five weeks in a row. I’m picking numbers here out of wherever. It’s not good enough. They’ve broken that contract of that relationship. So that relationship either needs to change or conversation needs to happen, or it needs to end because it’s actually not working for either of you. They’ve hired you to do a service, but they’re not turning up to actually be provided that service. That’s a problem. So you can say to the person, “Well, in the beginning, when we set up this agreement, these were the terms that we agreed to. We haven’t met those. Is there a problem? Do we need to reestablish what the guidelines are for this relationship? Or do we need to part ways here?”

You have that dialogue. In that circumstance, you need to have the dialogue. In a more personal relationship, say you have a friend that, always says they’re going to turn up on Wednesday night and you have a great dinner and they don’t turn up or there’s always a drama or there’s something negative every single time. And every Wednesday you get all pent up and you’re like, “I don’t want to see this person.” The energy, energy, energy, energy. You don’t need to say to them, “Sorry, I can’t do Wednesday nights because you’re being a real dick and this is really causing me a lot of stress.” You just need to not do the next Wednesday night.

So in those circumstances, the “firing” doesn’t actually have to be a big drama. I remember years ago, hearing a woman speak and she was talking about love. And she was saying how when she ends a relationship or has been in relationships that have ended, there doesn’t need to be negativity and drama involved in it. How it happened was they would have this conversation and she would say, “Our relationship has come to an end. Thank you.” Really simple. I wish you love and good luck. And thank you.

And I think when we younger we decide that any of those conversations about relationships, whether they be transactional or personal, there has to be a story behind them. And remember, it’s the story that creates, the thoughts that creates, the feelings that creates the problem for us. So imagine you go into a shop for example, and you say, “I want to buy a red ball.” And they say, “Sorry, no, you can’t buy that red bull. It’s the only one I have left.” And you go, “Okay, thank you. Let’s go.” You don’t get what you want. They don’t sell you something they can’t sell you, and there’s no drama. It’s that transactional your thing. And we can do that more in our lives. We don’t need to create ‘You are the weakest link goodbye.” Because that’s the bit that creates the story and the drama. So if you have a client, for example, that is causing you lots of stress, you don’t need to do it. You really don’t.

If you have a friend that’s causing you lots of stress, you don’t need to do it. What you do need to do though, is look at where you are causing the stress. And this is I think the part where a lot of us miss it when we get too big for our boots and we’re like, “Hmm, okay. Yeah. I’m out of here. It’s all their fault.” It’s never all somebody else’s fault. Always, always, always takes two to tango, whether it’s transactional or more sentimental relationship. Okay? So don’t be afraid. Have the confidence to do it. If you need to have the conversation with someone about it, go for it. But remember you do not need to explain your way out of it. If a client is causing you so much more financial, mental health, any of those things, drama that is actually necessary, no dollars worth it.

If someone you’re in a close personal relationship with is causing you to have that drama. And remember, actually I shouldn’t say it that way. Things are going on that are making you feel bad. They’re not causing it because you make yourself. We’ve done that one in many, many lives people. It’s okay to let it go. You can fire clients. You can fire friends. You can fire family. You can fire your favorite brand. If you have been a loyal Maya’s shopper for your entire life and all of a sudden you’re feeling like that relationship’s not working very well, you can fire them, but they don’t need to know. They really don’t. And that’s where we mark it up. So have the confidence to stand up for what works for you and let go of all those things that don’t. Fire those clients, fire those friends, you are the weakest link, goodbye. Don’t we miss that show? That was such a great show.

But yeah, you know who about it? Don’t be nasty. Happy Thursday night and I will see you all tomorrow. It’s Friday. And you know on Sunday we start the 30 day countdown and I have the last 30 days completely mapped out. I’m so excited because during this whole process of these 365 days. I’ve had many days planned and many days have been completely off the cuff and many days have happened because of something that’s gone on in my life or Elodie’s life or something I’ve seen on TV or what’s going on around me. But the last 30 days are completely planned. I’m very excited about them. I’m not going to do a specific time because that doesn’t work for me. So I don’t want to get stressed about that. So there will still be at ad hoc times, but those 30 days are going to be amazing.

And on the 30th day, which is June the 15th, there is going to be an invitation to anyone who wants it to the big June, the 15th thing because it’s my birthday. Go shawty, it’s your birthday. And you are all invited to that, but what you do need to do to get invited to that, because I’m not going to just post the link on the socials. You actually do need to get on my email list. So if you head over samanthaleith.com, sign up for the weekly newsletter, you will get the invitation to the June, the 15th celebration. If we can do anything live at that point, that’s more than 10 people in a big venue, which is kind of weird. I will be doing something live as well, but otherwise you can do it virtually on screen, which is going to be so much fun.

And I would love as many of you as possible to be there to celebrate the end of this year of extraordinary with me. And to hear at that point, what’s going to be happening in the next. I’m not going to say, I don’t think I’m going to commit to another 365 days of anything ever. No, I’m only joking. I probably will, but yeah, you’ll hear everything about what’s going to happen in the next, especially the next quarter. So make sure you get on the list for that. And in the meantime, stick to your boundaries, stick to your guns. And if a client is causing you more pain than it’s worth, don’t do it. Bye.