Good evening. It’s Thursday night. Where’s the week gone? Two weeks ago, woo hoo. I was being interviewed on a podcast today with the amazing Angela Raspice And we talked a lot about charisma. And one of the things we talked about were the components of charismatic people, the traits, the things that you recognize them for with their charisma. And there’s a lot of misconceptions about what charisma is, what it isn’t, who has it, who doesn’t have it, how you learn it, are you born with it? All those kinds of things. So I just wanted to touch on it a little bit. I have done it in a couple of lives before, because charisma’s a big thing for me. It’s one of those topics I really, really love to talk about because I believe it’s so fricking important to all of us. And I think there’s so many misbeliefs about it.

So just to recap, there’s four main types of charisma if you listen to an incredibly smart woman called Olivia Cobain called The Charisma Myth, brilliant book, highly recommend it. Okay. So she talks about focus charisma. So they’re those people that command a respect and when they listen to you, you’re drawn in and you feel so important. And a good example of someone with that real focus charisma would be Oprah Winfrey.

Then there’s visionary charisma, which we may think more commonly of. I think when we see people in this kind of world, we go, “Oh yeah, they’ve got charisma.” People like that’d be like Bill Gates, Steve Jobs, couple of the big muzos, they have this idea and you just like, “Okay, where do I sign up? Tell me what you need me to do. I’m in. I’m in. Oh my God.” Because I can believe your vision. I can see what you’re thinking. I can feel what you’re thinking. I’m so in, two feet, I’m coming in.” Okay? 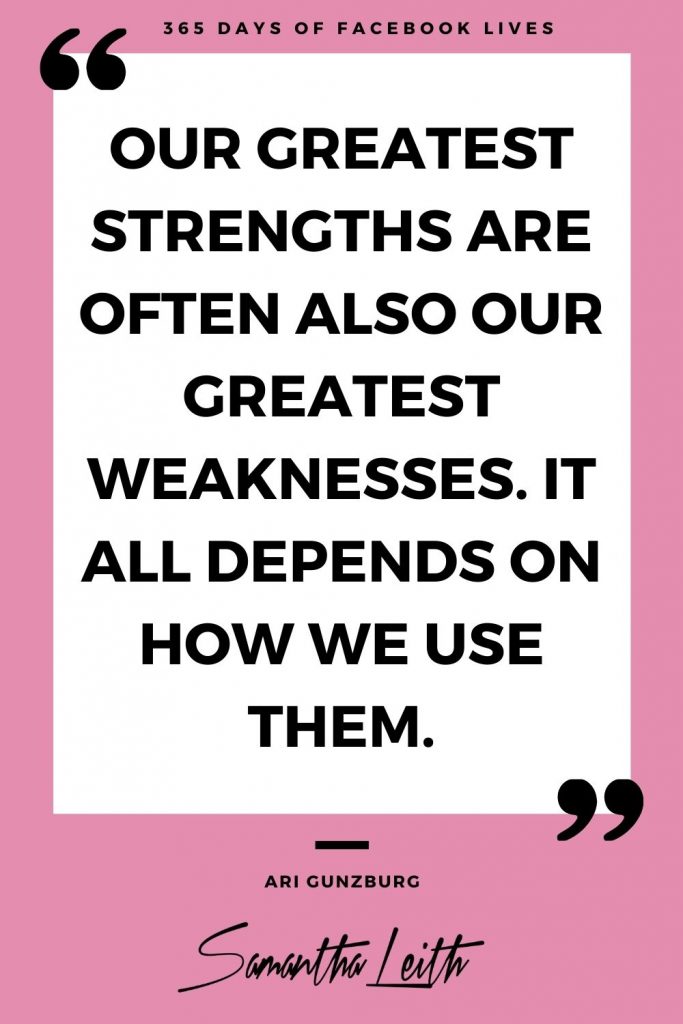 Now, some of the things that every charismatic person has is a way with how they stand. Okay? So I call it the four P’s, I know, alliteration. We like alliteration, don’t we? So you know how you talk about the seven P’s of business or the five R’s of this or the six C’s of this, that kind of thing? So I’m going to give you my four P’s for charisma. And yeah, I made this up, we’ll see if you like it. I like it. Okay?

So one of the things that charisma is pose. So it’s how you carry yourself. It is your pose. It’s whether your hands in your pocket, when you’re like… Because talking to someone like this is probably not as charismatic as talking to someone like this. So, newsreaders for example, they have a pose. It’s a power pose. I mentioned before the book, Presence, Amy Cuddy, she talked about in a Ted talk that power pose is just so freaking important.

The third one is peer. Not your peer, like, “Hey bae, you’re my peer.” I’m talking about how you peer, eye contact, so important. And a lot of people forget when they’re on a big stage, for example, they’re like, “Oh, no one can see my eyes. I can’t see in their eyes. So really the eye contact is not that important.” It still really, really is. It doesn’t matter how many people are in front of you, if you’re using your eyes, if you’re using how you peer well, you will make someone in that audience think you are looking direct… Ow, that hurt. I just scratched myself. Think that you are looking directly at them. And that is so, so important. And when you’re in a one-on-one situation or a small meeting room or a restaurant or anything like that, eye contact, that peer to peer connection, peer connection is just vital for charisma. So vital for charisma.

And then the fourth P is poise. Now poise is a little bit different to pose, because pose is the physicality of how you’re standing, pose is the physicality of how you carry yourself. Okay? Poise is that stuff that comes from inside. It’s that confidence, it’s that you can be as down in the dumps as you like, you probably don’t like being down in the dumps, but you can be not feeling great, but you can bring in that confidence and that poise, which means your charisma doesn’t slip. Okay? So that’s that internal stuff for you.

So they’re my four P’s. Why I’m holding up eight fingers is beyond me. We’ll double them. We’ll double them and be really charismatic. What I want you to do tomorrow, because I think a lot of people miss these moments. I think a lot of people, as we’ve discussed before, think charisma is all about coming in, like confidence, bigger than Ben-Hur. And it’s just not, it’s really I promise you, it’s just not.

So I want you over the next 24, 12, 36, 48, pick a number, any number, do it forever. When you’re with someone or watching them on news or even listening to them on the radio, or even reading their words, yes, charisma can come across on a page. Fancy that. I want you to notice what you can find about those four things. What is it they are doing about their pose, their poise, their peer connection? Okay? And their prose, what they’re saying. I want you to think about what they’re doing, note it.

And you’ll be surprised. It’ll be some teeny tiny little thing that someone does and you’re like, “Ah.” And I know there’s that crap saying, “You had me at hello.” Charisma is a little bit like that. Sometimes it can be something that simple that helps you buy into that dream, helps you see where that leader wants to take you, helps you go, “Oh, that is so the washing machine for me.” Yep. True story. Charisma can happen at… Oh no, Bunnings don’t sell washing machines, you know what I mean. What’s the place that sells washing machines? Harvey Norman. God. Actually, no, I’ve never met anyone with charisma at Harvey Norman. If you find someone with charisma at Harvey Norman, let me know, because I want to write about it.

They are my four P’s for the things you need to have for charisma. A recap on those different types of charisma, and I want you to notice, want you to really think about what it is that people are saying or doing or standing or how they look at you that makes you feel they’re full of charisma. Okay? And let me know and don’t forget, go to www.samanthaleith.com/365days, that’s the number 365, days and get your invite to the Last Night Party because I can’t wait to see you all there. What am I going to wear? What am I going to talk about? Bye. Night night.