The Road to Extraordinary 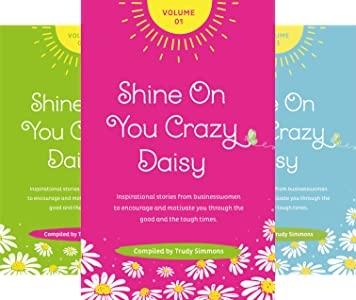 I always knew I had ‘it’ in me. But what was it? Was it my ability to entertain, was it the way I organised parties, or I say gasping in horror, was it how I could break down a P & L? One thing was always certain, I was destined to do something.  The drive for that was powerful.  The other certainty was I was always going to be better off creating my own business to do whatever ‘it’ was.

My first paid job was singing. 50c for weddings and $1 for funerals.  My mother would tell me to spend half and save half.  Even in 1982 that was not a lot of money, so chances are it usually went on chocolate or something else to make me feel better.  In hindsight, it was hint that my road was going to involve personal development of some kind.  I was always looking for things to help myself and others feel better!

As my childhood went on into my teen years my greatest moments were on stages, at parties, helping others and learning.  These highlights made up for the drunken dramas at home and the trauma with a capital T, that we don’t have time for in this chapter.

I was smart.
I was funny.
I was talented.
I was overweight.
I was broken.
I was entrepreneurial.

I would charge my friends $5 to come to my parties, then buy all the booze (we were mostly all underage, so do not tell my daughter) and make a healthy profit.  I could put 200 people in a room having a great time as easily as I could colour coordinate my wardrobe. Yep, I was that kind of kid – still am.

When I was given the opportunity to tour with a band and leave school early, I took it.  It horrified my teachers – they seriously expected me to do Law, but I chose MC Hammer, dance parties and piano bars instead. What 17 year old wouldn’t?

Sitting on pianos, telling stories, on stage in front of thousands, singing songs at theme parks – I always had one goal. To have someone in the audience laugh or cry, to think something, to feel something.  I was home, I was me.

Touring my one woman show, singing interwoven with lessons of how the many layers of makeup tell the stories of our lives, should have been a dead giveaway for what I was made for, but alas, it still took longer to hit me.

I was Confident enough to do anything that was thrown at me, but I didn’t have the Clarity to know exactly what I wanted to do, or the Courage to do whatever it was.

For years, I was what’s known as a Sole Trader in Australia – this enabled me to maximise tax benefits etc of my multi passionate career.  By the time I started my first ‘real’ company, I had done a plethora of things: studied accounting, been a national sales manager, hospitality, studied personal development and so much more.  I was like a sponge trying to fill myself up, but it was partly because I had that voice in the back of my head reminding me constantly that I had to ‘have something sensible to fall back on’.  I mean really. Do I look like I wanted to study accounting? No offence to accountants, when they are passionate about it, they are amazing, and we need them!

When I look back, these many careers and what I felt was my inability to ‘finish’ anything were all signs of my undiagnosed ADHD (inattentive), but that’s a whole other story!

My business, much like myself has ‘pirouetted’ over the years (I so can’t say pivot anymore).  I started as the financial controller for a couple of businesses, with a side hustle of a retail store (on and offline).  This led me to helping people systematise their businesses through an online program, coaching and speaking. Yep, I would stand there, usually in sparkles because I hadn’t completely killed the showgirl inside, teaching people how to Ditch It, Delegate It, Leverage It and Live It.

The almost desperate (sometimes) need to help people that I had was a blessing and a curse.  It led me to trying anything I could to help someone in business or life.  It led me to being a people pleaser trapped in chains of servitude. It led me to wanting to get to the bottom of why we did what we did as humans.  It led me to ignoring the bubbling dreams inside me.  It led me to what I call the ‘numb years’.

As a single mum to a 6-year-old girl, I was hit with a heartbreaking trifecta. Within 6 months my father died, my brother died, and my mother had a massive stroke which resulted in her needing to live with my daughter and I.  For the next 6 years, most decisions were made through the lens of what was best for my daughter and for my mother and her needs.  It meant accepting any work that allowed me to be flexible and paying even less attention to the bustling chorus of my dreams inside.

I’m not alone in this.  It’s so common for women in particular to hide their desires in the dark whilst caring for or feeling responsible for others.  Could I have gone for the world and looked after them? Probably, maybe.  I’ll never know.  Don’t get me wrong. Those years were incredible for many reasons, and I have no regrets. The health issues my mother had, forced me to look at my own health and get rid of 50kgs and my daughter is truly extraordinary.

As I came out the other side of those years.  I had shed metaphorical baggage as well as physical.  I’d shed unhealthy relationships and unrealistic expectations.

I could hear my voice.
I could acknowledge my dreams.
I could see a clear path to my greatest goal.

I am worthy.
I am enough.
I am ready.

My business today is what it always has been at its core.  Entertaining, Educating and Empowering people.  It’s who I’ve always been.  I’ve simply done it under many differing guises.

I had a friend who has known me since those piano bar days say to me that I was always giving personal development talks. Interwoven between songs there would be a lesson of some kind.

Another friend recently told me that it didn’t matter if it was a kid’s party, or a small workshop she’d been to, I always entertained and made people feel special.

Finally, a client and friend of mine reminded me that I was always encouraging people to better themselves through the power of continued education.  That’s the ultimate in empowerment.

I believe to my core that we all have the power to be Extraordinary.

My business has been my second greatest teacher (my daughter being the first).  I’ve loved it. I’ve hated it. I’ve been frustrated. I’ve been exuberant. I’ve been barely able to pay the bills. I’ve been triumphant at the end of some months. I’ve had some horrific failures. I’ve had award winning successes. I’ve hired the wrong people.  I’ve been stubborn and thought I could do it all myself.  It’s part of the course.  All those things (and many more) are a part of running your own business.

Is having a business for everyone? Hell no!  Don’t ever get trapped in the belief that entrepreneurship is for everyone.  It’s simply not true. There are people that make amazing employees.  If that’s you. Be proud of that. The world needs you.

During all those years where I was mentored & coached, studied and tried things, broke down and got back up, I never lost hope for one thing. That the penny would eventually drop.  In fact, I would say that when someone would question why I was attending or crewing another event, or had signed up for another online course or challenge.  My words were ‘because today might be the day that I hear the one thing that makes the penny drop, and everything will change’.

Being open to the possibility of who you are and what you are capable of.  That’s what separates so many of us. We all have so many possibilities.  Are you open to yours?

And so much more.  The common thread – helping people to feel something.

When I’m asked what my big why is, my answer in simple. To bring personal development to people that don’t have a bookcase that looks like mine.  Yes, that’s a bit of a joke response, because humour is one of my natural go to’s and well, because I have a 4m by 3m bookcase that’s full of personal & business development and looks like The Home Edit colour coordinated the whole thing.

It’s also real. When you have a business that’s in the personal development space, we can easily take for granted what people have access to.  We can think that everyone must know the basics of a success ritual or knows how to create their own talent stack. They don’t. Millions of people have never heard of the books I have read multiple times or the leaders in this space.

If I spend the rest of my days opening people up to these possibilities through blending my singing and speaking, then not a day will have been wasted.  If I can level the playing field of personal development by encouraging more women to stand out in the space, then I will have been part of great change.

It’s personal development, but not as you know it.

You can buy Shine on You Crazy Daisy V2 with even more fabulous stories included on Amazon now.