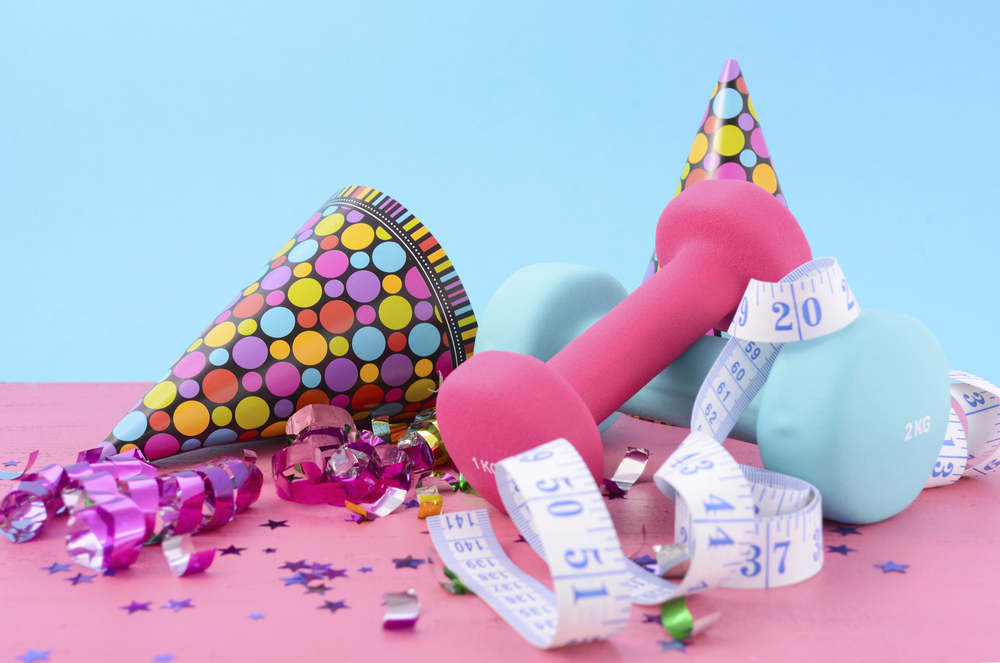 I can honestly say, I don’t think I have ever kept a New Year’s Resolution. Ever!  I have however achieved many goals, so that’s what I do and I’d love to encourage you to do the same.

Too many champagnes, a long conversation, and next thing you know, you’ve declared ‘I’m not having sugar for the whole year’.  You wake up the next day with a blinding hangover and reach for a Pepsi. Yep. Not even 24 hours and you’ve broken your ‘resolution’.

Maybe you lasted longer and you ran 5km a day for a week.  Then it was raining one day, and you never did it again.

You may even have been one of those people that made it to month 3 before a really good show started and on went the tv and the accompanying takeaway again.

I know I’ve been there, done that.  I’m a proudly reformed Resolution Setter.

The Problem with Resolutions
Let’s look at how some of them start.

There are gazillion more reasons why we set them, but sadly they are more often than not, set for reasons external to you.

When you don’t aim for something that is motivated for reasons that are really true to yourself, it’s bloody hard to actually make it happen.

It’s hard to go for big things, and not drinking for 12 months for example is a big thing.  If you want to do this, because your friend did and you’re a bit competitive, the first time someone brings out your favourite tipple the temptation may be too much.  Do it because you had a bit of a health scare and you want to really look after yourself, and you may have a chance.

You set the resolution and then you go back to your life. That’s why they often don’t work.

According to a survey by Strava, most people will give up on their resolution on ‘Quitter’s Day’, January 19. There are gazillion studies online that vary from country to country, so I won’t list them, let’s just say on average about 40% of people are still going at the 6-month mark and about 10% at the end of the year. Ouch.

What to do instead

Take some time at the beginning of the year, I like to do it all before the decorations come down, look at your life, think about what you want and set some goals.

Look at each area of your Wheel of Life and dream big.  What would you love to achieve in each area?  Write that stuff down.

Remember they must be stated in the positive – nobody wants to work on a negative goal!

It’s important to feel the goal and write it as though it’s already happened.

If you want the worksheet to do this, it’s available on the Freebies page

My Top 10 Tips for Achieving your Goals

It’s about who you become while you are doing it.

It’s about honouring the commitments you make to yourself.

It’s about the personal growth that has to happen.

It’s about the good habits that are formed.

It’s about looking at yourself with pride.

It’s about learning how to Be Extraordinary.

This month in The Samantha Leith Show I dive deeper into setting your year up for success and lots of that is about how you work your goals into your life, so check it out.